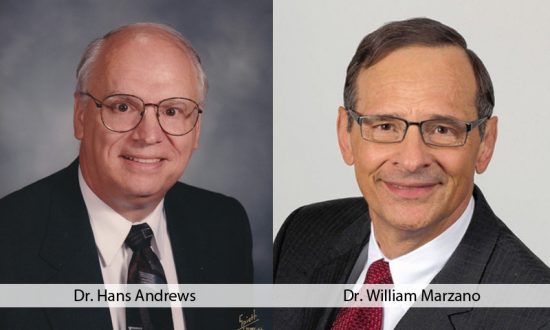 Dr. William ‘Bill’ Marzano is an adjunct management instructor at Aurora University in Illinois. He was formerly an academic administrator at Waubonsee Community College in Illinois. He started his community college background as a psychology instructor at Illinois Valley Community College. His Ph.D. degree was completed at Illinois State University in Curriculum development.

It was reported that over 6,000 teaching and support staff vacancies were left unfulfilled in Illinois, U.S., in 2020.  The corona virus pandemic has only added to this number.  In late 2020 one-third of the present teachers surveyed by the Illinois teacher union found to considering an early retirement!  Many of them indicated safety concerns as the pandemic continued.  The three most checked responses were:

Seventy percent of the teachers surveyed indicated they were more burned out than normal with heavier workloads in having to prepare for both remote learning and in-classroom teaching.  The Illinois Teacher Retirement System reported a 50% increase in teacher retirements in 2020 over that a year earlier.

These shortages and ‘looming’ early retirements appears to becoming widespread throughout the United States.  For the last few years, there has been a national teacher shortage and recently the state of Pennsylvania has started to see the impact.

A teacher leader cited low pay, pension plan changes (reductions) and less respect as reasons why fewer college students are going to get teaching certifications.  He also explained that now with coronavirus which is multiplying concerns in the classroom, the American Federation of Teachers said they are seeing a mass exodus they call the “brain drain.”

Severe shortages exist in the fields of mathematics and science and several other teaching fields and have placed staff recruitment as a top priority.  As many as half of the science and math teachers presently lack degrees in these areas they are teaching. The ‘target’ for teacher recruitment has been reported as having been missed for five consecutive years.

There are reports of a decline in the 40% range of persons applying for and entering teaching programs in the Australian universities during the 2015-2017 years.  Teacher retention is a significant area being focused on at this time.  A second area of focus is in trying to offer lower workloads and make the field of teaching more attractive for those who may aspire to become teachers.  According to the Australian Education Union (AEU), there should be a greater investment in appropriate salary and reward structures to attract high quality candidates into teaching.

Another area of concern highlighted was the lack of respect teachers now receive from parents, some administrators and others.

The Independent Schools in Queensland estimated their annual teacher shortage would reach 110,000 prior to the 2017-2018.  The outlook was predicted to be even worse for the years ahead.   The ‘critical’ year was predicted by NSW Secondary Principal’s Council president to be 2020.  Attracting teachers at all levels in the prior year was difficult.  Severe shortages were reported in technology, English, physical education, mathematics and science.

The teacher shortages in India Universities has been reported to over 50% of position vacancies and the National Assessment and Accreditation Council (NAAC) has asked all of the institutions to fill up all vacancies at the earliest in order to retain or gain accreditation.

The shortage of teachers in India is considered even more ‘acute’ than had been estimated and much of the shortages are focused on those schools where there is high-poverty and teachers often lack in the credentials that are required for teachers.

Where do we start?

Some school districts are recognizing that they can help overcome future shortages in teachers by ‘growing their own’.  This includes identifying students and adult students in secondary schools, community colleges and universities who may return to their towns and cities where they are, or have, grown up.  Financial support for tuition and other college costs can go a great way to allowing low income and/or minority candidates to be supported and successful.

This U.S. program provides opportunities for high school students to learn about teaching through school clubs, early teaching experiences as tutors or by mentoring younger students.  It has been proposed to expand these programs throughout every state.  Where it has been tried it has increased the number of interested in pursuing a teaching degree.

Research over a 45-50 year period these researchers have found merit pay initiatives in the U.S. had failed in most areas of the country where it had been tried.  High Stakes Testing in the U.S. and some other countries now award ‘merit pay’ to those teachers whose students score highest on these tests.  This system has done much to destroy cooperation among teachers as selection of students is now too often based on selecting the best students to enroll in their classes to raise test scores.  One teacher explained it as follows:

“The first school I worked in had pay for performance (merit) and there was virtually no collaboration and none of the first-grade teachers got along or worked together.  It was horrible!  I have only worked in one school where there was any teacher recognition, and the morale, collaboration, and congeniality at that school was significantly higher than it was at the other two schools I taught.”

We have tried to present a few of the growing concerns on the present and ‘looming shortages of teachers’ in a few countries.  These concerns are present in many other countries as well.  It is time to get serious about retaining those excellent teachers who are presently in the schools across the world.  At this time there is a highly significant departure of many of these teachers who are taking early retirement, changing careers and moving on to other careers with better pay and less pressure than they are finding in teaching.

Some of the important ways of attracting new candidates to teaching are through the Educators Rising, Grow Your Own, and other similar programs that can identify, nurture, mentor and support new persons who may soon consider entering the teaching profession.  There is not enough time now to wait to start wide implementation of these types of programs.  The pandemic of 2020-2021 has created a new pressure on our teachers everywhere but can be overcome through hard work and creative new ideas in the months and years ahead.

Blood Cancer Awareness Month: Facts, Types, Symptoms, and Treatment Options of Blood Cancer
Education Sector’s Role in the Road to Net Zero
Prepare The Next Phase of Your Career in Emerging Digital Enterprises – A Lesson from IIM Udaipur
Play is Universal, Long Live Play
How to Develop Cognitive Skills in Children
Importance of Coaching for Competitive Exams Like IIT/JEE and NEET
CONTACT US