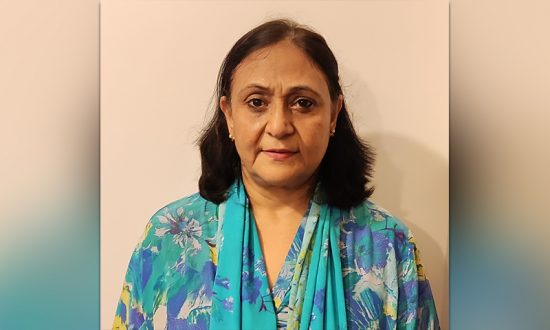 Prof Raina is a professor who has been teaching, training and doing research for the last 32 years. She has publications majorly in top International refereed journals and her work has been quoted and cited in various international journals. She has a research book to her credit titled “The Constitutive role of Communication in Building Effective Organizations” published by LAMBERT – an International publishing company. She has presented papers in various international conferences and has been the recipient of Best Paper Award and Outstanding Presentations. She is also the recipient of the Best Professor award in HRM by National Education Award sponsored by Headlines Today. Prior to joining FORE School of Management, she worked at MDI, Gurgaon and Thapar Univ. Patiala.

Ever since the pandemic wreaked havoc in the world, almost everybody has been working remotely, dealing with an endless string of virtual conferences and meetings. In such an environment, the way we communicate and present ourselves holds paramount importance. We tend to think that what we say carries the most weight. However, it’s more often what we don’t say. Believing that the majority of our communication depends on the verbal format alone can cause a severe disconnect with people. Nonverbal communication is a critical aspect too, especially when it comes to workplaces, as it possesses the power of improving an individual’s ability to relate, engage, and establish meaningful interactions in day-to-day life.

The significance of nonverbal communication

It is interesting to note that our gestures make up approximately 55 per cent of the communication, our tone of voice nearly 38 per cent, and our words only 7 per cent of the communication if we go by several studies. Nonverbal communication, defined as wordless interactions, is uncommonly powerful and has been a matter of research for many. Right from facial expressions such as a raised eyebrow, wink, smile, or laugh to hand movements and posture, everything is a signal that might indicate to the other person how we feel at a particular moment. Additionally, paralanguage – vocal intonation, speaking style, speed as well as tone – all affect the way we have a conversation with others. We may not be aware but nonverbal communication is much more subconscious than verbal. While you have to think about words while communicating, your body language goes largely unplanned.

Our body sends a ceaseless flow of waves, at times consciously and other times unconsciously, that unwinds deepest sentiments and contemplations, characters and moods, often more powerfully than the words. Therefore, it is acknowledged that nonverbal conduct gives rich ground towards compelling and proficient information transference. Nonverbal communication can be one of the most credible sources of information, especially in circumstances where verbal interchanges are deceitful, questionable, or in any case hard to decipher.

Depends on culture to culture

There isn’t a single universal nonverbal language. Different communities globally show broadly contrasting standards of conduct, making nonverbal communication culture-specific. In the West, eye contact signals confidence, however, in parts of Asia and the Middle East, the same can be seen as rude or challenging. Often, the touch factor is commonly used while communicating, even in a business setup, with customs such as the handshake. But in some cultures, touching other people in any manner is considered inappropriate. People in Asia take a more conservative approach when it comes to touching. They replace a handshake with a bow. Nodding is one of the most common gestures all across the globe, but even that means different things in different cultures. As per traditional Tibetan customs, sticking out one’s tongue is a sign of respect or agreement, but that doesn’t fly to the other parts of the world. Although facial expressions such as fear, anger, excitement or surprise are universal, not every culture is fine with using them in a professional setting. For instance, in Japan, people try to remain neutral with no facial expression as they strongly believe that expressing emotions simply puts a burden on the other person.

Therefore, it is noticeable that the nonverbal behavior of a person is significantly impacted and directed by the culture of a particular nation. At times, misinterpretation of nonverbal indications results in serious repercussions among individuals. Today, in the globalized world, where businesses take place in far-off countries, working professionals are expected to pay attention to and communicate with a diverse workforce, who may come from different societies. It doesn’t come as a surprise that displaying your nonverbal conduct may not necessarily match with their nonverbal code. Thus, it becomes crucial for professionals operating in a worldwide market to understand these nonverbal communication differences between cultures as it can be the key to their success.

Peace Education can be Extended to People of All Ages, Both Formally and Informally
Communication Skills - The Ladder to a Successful Journey
Keys to Business (and Education) Success from Design Thinking
Future of Employment and the Role of Higher Education in the Post-Covid World
GD Goenka Healthcare Academy announces the intake to Paramedical and Allied Healthcare Courses in Chennai
Clever Harvey accelerates entrepreneurial dreams of teenagers through its first-of-its-kind incubation program
CONTACT US