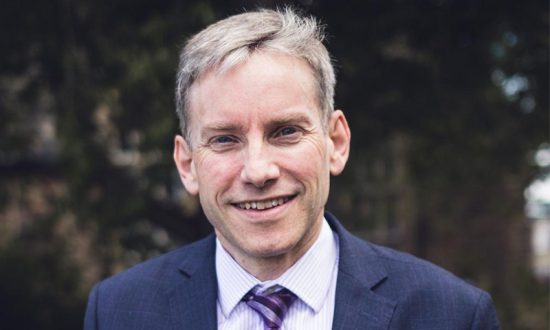 Andrew Schofield is an academic and administrator who is the Vice-Chancellor of Lancaster University. A theoretical physicist. As an academic, his research focus is on the theory of correlated quantum systems, in particular non-Fermi liquids, quantum criticality and high-temperature superconductivity.

As the beginning of a new academic year approaches, across the world students are preparing once more to travel to study at leading universities. For many of those young people, their ambitions will take them for the first time to another country. And for many of those hopeful Indian students, their study destination of choice in the U.K.

According to the Higher Education Statistics Agency, British Universities received 9,930 applications from students from India in 2021, a 30 percent increase on the previous year. During the academic year 2019/20, the UK universities were home to a total of 55,465 Indian students. These students come to Britain in search of a highly regarded education and the opportunity to live, study and now also work in a country that has a longstanding educational relationship with India.

But it is not only students. The relationship between British universities and India is one of profound interdependence and respect.

As a physicist, I could be in no doubt about the brilliant contribution of Indian scientists to my own field. The 1930 Nobel laureate Sir Chandrashekhar Venkat Raman is remembered for the ‘Raman Effect, a unique phenomenon in the scattering of light. The Bengali physicist Satyendranath Bose is known for the ‘Bose-Einstein Condensate’ the ‘Boson’ particle – breakthroughs in quantum physics which eventuality led to the formation of the Large Hadron Collider at CERN. From astrophysics to x-rays, the study of Physics has been shaped by brilliant Indian scientists.

British universities understand that India is a nation of remarkable talent and our desire to collaborate and learn together runs deep. What makes this even more important is the nature of the problems we now face which cannot be contained or resolved by any single nation alone. Whether it is the development and production of vaccines to tackle a global pandemic, or addressing sustainable development goals from child health to food security and clean energy, we recognise the best solutions will be found together.

U.K. and India – Working together for good

In my own university of Lancaster this kind of in-depth collaboration is found across many subjects. Dr Jasmine Fledderjigann for example has a longstanding partnership with her colleague Dr Sukumat Vellakkal at IIT Kanpur on food insecurity and child and adolescent health. Their work together is informing policy at the UN Food and Agriculture Organization, World Food Programme, WaterAid India, Jharkhand State Food Commission, Kerala Planning Board, and National Foundation of India.

Meanwhile my colleague Dr Manoj Roy of the Lancaster Environment Centre (LEC) is working with partners like Dr Suresh Kumar Rohilla from the Centre for Science and Environment, India to improve accessibility to safe drinking water within urban informal communities. Their research has contributed to studies of the influence of caste on sanitation policies in India and liveability in Delhi’s low-income neighbourhoods. The Living Deltas project is working on improving Sustainable Development Goal (SDG) outcomes in the Asian river deltas, including the Ganges-Brahmaputra-Meghna delta that spans Bangladesh and India. The team working in this vital area includes over 50 international partner institutions, such as the Indian Institute of Engineering Science and Technology (IIEST) and Jadavpur University of Kolkata.

Other colleague such as Lancaster economists Dr Pacek Chakraborty and Dr Sourabh Singal are working on the impacts of environmental regulation and intellectual property rights in India on innovation and demand for skilled workers. And at every stage this work is done with partners in India, each of us strengthening our mutual understanding of the problems we face and how we might make a positive difference in the world.

Indeed, some of the academics leading this work themselves first travelled to the U.K. as Indian international students and we are proud and grateful for their contributions. But Indian graduates from British universities are to be found in every walk of life around the world, from political leaders to captains of industry, science and education. Such individuals, including Lord Karan Bilimoria now President of the CBI, have had a profound influence on me personally as well as in UK public life.

The graduates of my own university are no different – Indian alumni from Lancaster are CEOs of companies and work in tech, but they are certainly not limited to those more traditional graduate routes. The poet Debjani Chatterjee is a Lancaster graduate as was the international badminton player Rohit Murthy. What they all have in common with Indian alumni of U.K. institutions is the pride and affection they share when they recall their time as Indian students in the U.K.

But it isn’t just British universities that change the life of Indian students and graduates. These talented people change us for the better. Our British universities are places of global connection, and rightly so. We draw strength from our global outlook, welcoming the brightest and the best students and staff from around the world. Our international connections drive forward our research endeavour, ensuring we remain at the forefront of progress.

The world needs all of our perspectives to solve the challenges we face as individuals, communities and a planet. The ever-stronger educational bonds between the U.K. and India have a vital role to play in that challenge and I am delighted that the U.K. is doing what it can to ensure our welcome and ongoing partnerships are stronger than ever before.

Sir Venki Ramakrishnan was awarded the Nobel Prize for Chemistry in 2009. He leads the Laboratory of Molecular Biology on the Cambridge Biomedical Campus and served as the President of the Royal Society from 2015 to 2020 and he is also a Fellow of the Indian National Science Academy. During Covid-19 he has served as a member of the U.K. government Scientific Advisory Group for Emergencies. 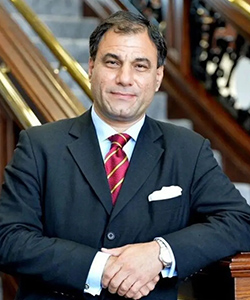 Chair of the All-Party Parliamentary Group on International Students and President of the U.K. Council of International Student Affairs, Lord Bilimoria is the third generation of his family to study in the U.K. – both his mother and grandfather were students at The University of Birmingham of which he is now Chancellor. Founder of the global Cobra Beer, Lord Bilimoria is President of the Confederation of British Industry. 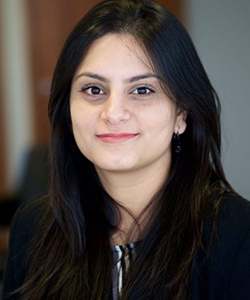 Sanam Arora is Chair of the National Indian Students and Alumni Union UK, the national body representing students and young professionals of Indian origin in the UK. An investment management consultant, she is a leading advocate for educational partnerships between the U.K. and India and co-chairs the India Series at King’s Business School & India Conference at London School of Economics.

Since the election of British Prime-Minister Boris Johnson, the U.K. has introduced a number of measures to support Indian students who choose to study in Britain, including:

Access to Covid vaccines free from the U.K. National Health Service: Anybody aged 18 or over in the UK is eligible for the Covid-19 vaccination for free, regardless of their nationality or immigration status.

Removal of India from the ‘red list’ for Covid travel restrictions: There is now no quarantine requirement for Indian students travelling to the UK if fully vaccinated with Covishield or another UK-approved vaccine.