Home /INDUSTRY, INDUSTRY PERSPECTIVE/Ivy Leagues Are Not Just For Class Toppers; Know How to Find Your Way In

Ivy Leagues Are Not Just For Class Toppers; Know How to Find Your Way In 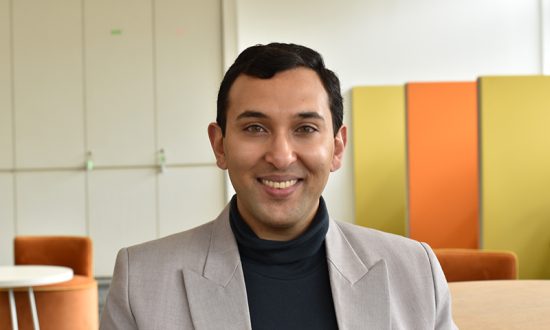 Rahul Subramaniam went to high school in Fremont, California. He received perfect SAT scores and got into every Ivy-League college to which he applied, finally choosing Princeton over Harvard. At Princeton, he studied Politics with a certificate in Political Economy. Rahul previously served as a Director of College Counselling at a prestigious college counselling and test prep company in California, before moving to India and co-founding Athena with Poshak.

In admissions circles, it’s become a cliché that elite universities like the Ivies reject thousands of students with perfect scores each year.

What many applicants (especially international ones) fail to understand about “holistic review”—the practice of considering the whole applicant, including “hard factors” like academic scores, but also “soft factors” like character, essays, demographics, and more —is that there’s both a science and an art to its philosophy. The purely standardized exam-focused education systems of many countries tend not to translate to the US. Likewise, the “checkbox approach” to profile building doesn’t either. One must embody this nebulous idea called “fit.”

Most strong students fail to grasp that being a top student isn’t interesting in itself. Thousands of ambitious grade schoolers later become high schoolers who then become potential Ivy prospects, but academic performance is merely a prerequisite. Aside from being qualified, an applicant must represent something that elite universities need. Each year, admissions departments engage in a complex process of trying to identify an incoming freshman class with an ideal mix of backgrounds, demographics, interests, and talents. They want balance in gender, race/ethnicity, socioeconomic status, geography (all 50 states and most countries represented), and so on so they can build a diverse, dynamic community.

Hence, your first step must be understanding where and how one can contribute value. This begins with identifying your unique context (per the factors mentioned above) and the kinds of gaps or niches in the world that you can fill. From there, profile building is all about honing this self-awareness and acting on it. The result is a targeted, purposeful use of one’s time and efforts instead of living and acting in a haphazard manner. For example, an Indian female scholar who enjoys art and women’s empowerment among underserved citizens of her ethnic tradition may explore anthropology-related concerns and build public art installations that give those women the opportunity to earn income from their own handiwork.

Officially, Ivies claim not to have strict cut-off scores. Perhaps more important than the actual scores are the depth and rigor of the courses students take. Few applicants realize that Ivy admissions officers really do consider the full high school transcript as well as the high school’s repute. After all, some curriculums are easier than others. In these cases, it may be worthwhile to transfer to a more reputable high school to gain legitimacy. An “A” at a distinguished institution like Phillips Exeter or Phillips Andover Academy may hold more weight than an “A” at an unproven “no-name” school suffering from grade inflation.

Those who fail to seize advantage of their school’s academic offerings (settling instead for easy electives) are seen to lack curiosity and drive, two essential values of elite universities. Hence, Advanced Placement (AP) coursework is a great means to expand upon one’s academic interests in a measurable way, if available. Otherwise, you can still complete the exams independently.

Everyone knows that the Ivies seek applicants who remain engaged in their community when outside of class. Most top students—especially those from international education systems that focus on academic performance over holistic development—either ignore their extracurricular profile or approach it in a transparently mechanical manner. Ivy admissions officers know this, which is why they weed out such candidates. Citing values of “leadership” and “courage,” they often demonstrate bias against those who seem misaligned with their campus culture. The standard cocktail of “Community Service,” “School Leadership Position,” “Participant-level Athletics Commitment,” “Uncompetitive Summer Program,” and “File-sorting Internship with Mom or Aunt’s Small Business” will impress no one.

The solution is rooting oneself in one’s personal brand. Parents from previous generations—particularly countries with rigid “stream”-based academic tracks—tend to misunderstand American elite educational philosophy. Far more comprehensive than the mere “humanities,” the liberal arts encompasses the arts, social sciences, STEM, business, and more as worthwhile means of understanding the world. It encourages interdisciplinary thinking and critical analysis so students may go on to adapt in a rapidly changing world, where professions seem to become obsolete by the day. You need not choose a particular career or major; you’re free to be “undecided.” All elite universities care about is whether you pursue your interests with enthusiasm, commitment, depth, and validation from sources external to your school. Thus, where certain students may be focused on excelling solely in class, you must look to sources like national competitions or major publications to gain credibility.

Making concrete impact on your environment should translate to a notable effect on actual people. Serious students typically ignore this seemingly unimportant aspect of life, but it takes more than just individual performance to succeed with Ivy admissions.

Your teachers (and potentially, other mentors like coaches or managers) write your letters of recommendation (LORs), a critical application component overlooked by most students. High schools are frequently too overburdened to offer much individualized attention to LORs, so prioritizing their quality through explicit guidance will help give you an edge. Words (about your passion and tenacity) from a school counselor or teacher carry much weight, for they represent the school in an official capacity. Both authors will have witnessed many types of applicants, both unimpressive and exceptional.

Last, the application is the crystallization of the personal brand you’ve developed over time. What typical applicants lack is authenticity and vulnerability. Conservative cultures or upbringings may have led them to appear stiff or overly formal in their essays and interviews, which are designed to identify the values of confidence and assuredness that Ivies seek.

Thus, you must convey not only a distinct “personal” brand, but also deeper, a “human brand” defined by warmth and relatability. Ivies want students who are fundamentally positive and on a mission to make the world a better place (as opposed to just achieving perfect grades and high salaries). If you look at the essays these schools require, you can see that they also want students who seem like fun.

AI, the Metaverse, and the Classroom: the Collision Arrives
Ready and Willing? Higher Education’s (Increasing) Challenges to Recruit Individuals as the Next Department Chair
AI: Arguing its Place in Higher Education
Dimensions of Diversification
How SOAS Fellowship Added Value to Academic Upliftment
5 Reasons why online learning will be the future of education in India
CONTACT US