Indian Institute of Technology Guwahati Researchers have developed a novel water repellent material that can be used for real-time monitoring of human movements. The material developed is flexible, non-stretchable and environmentally friendly that can detect low strains with high sensitivity.

To be used as a wearable motion sensor, the strain sensing material must be flexible, robust, and highly sensitive to both large and subtle movements. The Researchers team has developed such a material that is superior to existing strain sensors with respect to both sensitivity and durability. 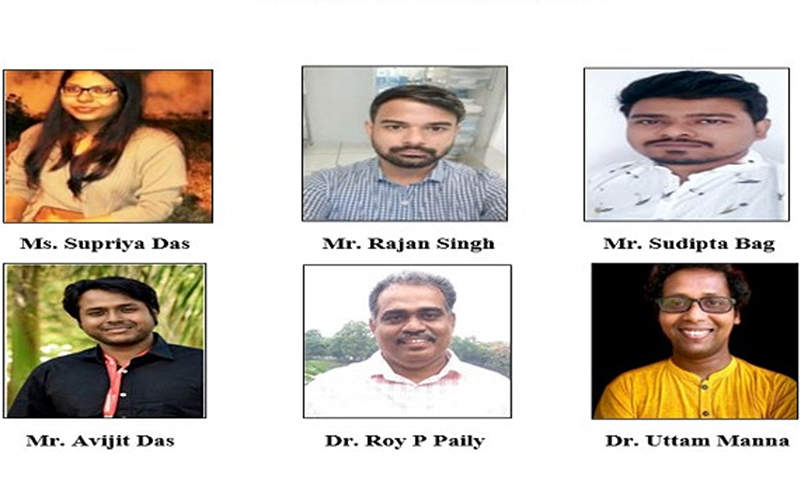 Explaining the principle of operation of their product, Dr. Uttam Manna, Associate Professor, Department of Chemistry, Centre for Nanotechnology and School of Health Science and Technology, IIT Guwahati, said, “The strain sensors convert mechanical deformation into electrical signals. Efficiency of conversion of mechanical deformation into electrical signal depends on the material’s gauge factor – the ratio of the relative change in electrical resistance of the material with respect to the mechanical strain. Thus, a high gauge factor would mean greater sensitivity of the sensor.”

Until now, wearable strain sensors used the stretching function of the material to gauge strain. These sensors were made of polymers or fabrics in which nanoparticles of specialized materials were embedded. The constant stretching that is used to detect motion leads to fatigue and failure of the material over time.

The researchers developed a metal-free, chemically reactive, and conductive ink, which they deposited on a chemically reactive paper in a specific pattern. The patterned interface developed by the IIT Guwahati team was found to be tolerant to abrasion, highly water repellent, and sensitive to low strain levels. It had a high gauge factor around 18,300 with applied strain of 0.2 % and responded to applied mechanical strain within 8 milliseconds. The material was also stable over time, and through many cycles of operation.

Elaborating on how the sensors can be used Dr. Uttam Manna said, “The ink-patterned paper was connected to an electronic component and a Bluetooth module and attached to various parts of the human body for wireless monitoring of different human motions and expressions. It was attached to the finger to detect bending motion, knee to detect walking and squatting motions and to different parts of the face to detect facial expressions.

Further, Dr. Uttam Manna added, “The sensor was so sensitive that it could differentiate smiling from laughing and could detect swallowing motion. The attachment of the pattern interface to the wrist allowed monitoring of the wrist pulse. The extreme water repellence of the material makes it suitable to be used underwater as well.”

The current and simple design of superhydrophobic and conductive pattern interface has immense potential for different and more realistic applications. The unconventional interface developed by the IIT Guwahati team holds promise for development of devices in diverse areas including healthcare, human-machine interactions, and energy harvesting.