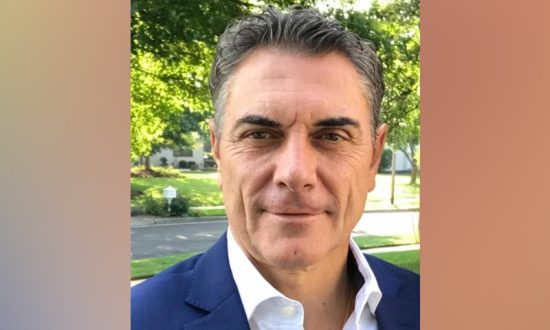 Alberto Acereda is the Associate Vice President of Global Higher Education at Educational Testing Service  (ETS) in Princeton, NJ. He has overall responsibility for the ETS Assessment Solution Portfolio that focuses on undergraduate and graduate higher education, with special emphasis in innovative solutions to the higher education community. Prior to joining ETS in 2012, he worked for nearly 20 years in several  universities in the United States, both as a research professor and as an administrator.

The United States is among the most prominent study-abroad destinations for students worldwide. Every year, it attracts hundreds of thousands of international students with world-class universities, academic excellence, a burgeoning job market, cosmopolitan cities and a culturally diverse population.

According to the QS World University Rankings 2022, the United States is home to five of the top 10 universities in the world, many of which offer high-quality STEM programs, making master’s degree programs in the United States a popular choice amongst Indian students. Currently, there are around 781 master’s programme specializations from which to choose.

Despite restricted travel and other disruptions caused by the pandemic, the United States has remained the top destination for international students and in 2021 admitted over 914,000 international students from over 200 places of origin, out of which 167,582, or nearly 20% were Indians. This makes India the second-largest country of origin for students studying in the United States.

Additionally, the current United States administration’s welcoming visa policies and rewarding fellowships like the Fulbright-Nehru Fellowship have also attracted more and more Indian students over the years, making American universities the top preference on their list of study-abroad options.

The GRE® Snapshot Report further confirms this trend. According to the report, other than the United States, Indian students have been leading the demand for the GRE test. Even amid the pandemic, the number of Indian GRE test takers increased by about 2,000, with the majority choosing the United States as one of the most preferred destinations.

When planning to apply for master’s degree programs in the United States, Indian applicants should check the websites of the programs they intend to apply for to see whether a standardized admissions test is required, suggested or optional. Most programs that say testing is suggested or optional will review the scores of those who submit them. It’s best to submit scores, as you don’t want to submit less information about yourself than other applicants, given how competitive the admissions process can be.

The GRE General Test, developed by ETS, is the most widely accepted admissions test for graduate and business programs around the world, as well as for law schools in the United States. More than 1,300 business schools in over 160+ countries accept GRE General Test scores including top U.S. institutions such as Harvard University, the University of Chicago, and Massachusetts Institute of Technology (MIT) for their master’s, MBA and other professional programs. Moreover, these scores are valid for five years, thereby providing test takers with flexibility and options for their future studies beyond what other tests provide.

Aspiring students can take the test either at one of over 100 test centres in India or at home. The GRE General Test at home is monitored using both artificial intelligence and human proctors and is available around the clock, seven days a week.

Unlike other admissions tests available, the GRE test has convenient features that keep the student in mind. The GRE test allows test takers to skip questions and return to them later and change answers before moving on to the next timed section. Additionally, with the ScoreSelect® service, test takers get to send only their best scores to the desired institution. This score could be the recent one or any set of scores received for GRE tests taken in the last five years.

To help the aspirants with their test preparation, ETS offers POWERPREP® Online practice tests that simulate the real test experience and other free and affordable study resources. Free virtual events and videos that introduce the question types you’ll encounter in each section as well as strategies and tips for doing your best are available to all.

Studying in the United States is a dream come true for most students. It’s a country that offers high-quality education, remuneration and cultural diversity. Receiving an acceptance letter from a U.S. university starts with choosing the best, most widely accepted graduate-level admissions test.

The Pivotal Role of Technology in the Education Sector
A Career as a Product Engineer, We Can’t Imagine our Life Without Them
Even in the Digital Era, the Pen is Mightier Than the Keyboard – Here’s Why
Student-Related Policies One Should be Aware of When Planning Overseas Education
Dear Students, Are You Ready for the “Future of the Workplace”?
Career Counselling Tips for Students
CONTACT US