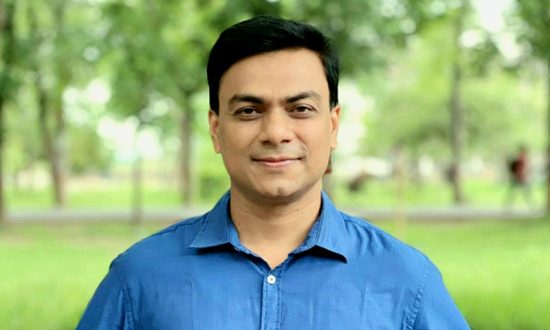 Dr Mohammad Tarikul Islam, an expert on local government, sustainable rural development, grassroots political participation, climate diplomacy, and foreign relations of Bangladesh towards South Asia and the UK, is an Associate Professor in the Government and Politics Department at Jahangirnagar University, Bangladesh. He has been a Visiting Scholar at the University of Oxford, University of Cambridge, and SOAS (University of London). The Higher Education Digest magazine proudly acknowledges the regular contribution of this brilliant South Asian scholar. In this article, Dr Islam emphasizes the promotion of education and research in mainstreaming Human Security into Sustainable Development.

Clearly, protecting human security is at the heart of the human-centered development discourse because this approach appeared at the cutting edge of the international development discourse focusing on self-reliance, self-reliance and community unity, social justice, and living with its consciousness. Participatory decision-making. Unfortunately, it does not enter the mainstream of rural Bangladesh’s development because the top-down approach undermines the credibility of local authorities in maintaining human security. It is worth mentioning to the readers that human security, non-conventional security, refers to human dignity. The term human security, coined by UNDP in the post-Cold War era, is intended to focus on people who come across values ​​and goals such as dignity, justice, and solidarity.

As a non-conventional security method, human security generally refers to the survival of individuals, communities, and even the world. Undoubtedly, human security is an emerging paradigm for understanding global vulnerabilities whose proponents challenge the traditional notion of national security by arguing that the appropriate reference for security should be the individual rather than the state. Long experiences of rural community development in Bangladesh led to not only socio-economic improvement but had implications for social, economic, and environmental systems.

COVID-19 has created a serious threat to human existence on an unprecedented scale with ruthless and unmerciful skill. Virtually all countries have made the best possible effort to prevent the spread of the epidemic at a huge social and economic cost. The evolving crisis has been characterized by politicians, scholars, and media organizations as the most perilous threat to human progress, peace, prosperity, and stability since the Second World War.

The crisis enables us to reconsider improving social security in the lives of rural people. The demands of the time are to overcome the crisis, to make the mainstream human security for the poor and marginalized people in the sudden and severe health and economic crisis. As COVID-19 destroys lives and livelihoods across the country, especially in rural Bangladesh, the government must focus on a range of multilateral solutions to ease the epidemic, as well as return to the path of ensuring human security.

Social development, social protection, and social security are all intertwined and seek to reduce the gap between the rich and the poor. Social protection is required in order to implement social policies that reach the beneficiaries. Human security will ensure the human rights and all-around development of the citizens of a nation. Regional cooperation is equally important to consolidate the gain Bangladesh has attained in safeguarding human security.

In order to realize national aspirations and global commitments like the SDGs, democratic governance needs to be achieved at different levels. In Bangladesh, the public sector is considered an important tool to meet the needs of the citizens. Indeed, a hostile environment for proper growth of the private sector, the crisis of leadership, lack of transparency and accountability in administration, dysfunctional political institutions, and many more are major obstacles to the survival of the people across levels.

In addition, decentralized and appropriate local governance measures are important for providing effective and responsive social services at the local level. It can be argued that participation as an alliance is the interpretation that dominates the practice of most of the current development programs and projects. Gradual participation has been named as an exercise in empowering people who have gained widespread public support and the term has been adopted in the development vocabulary.

Time is cracking and coming around to ask what kind of reasoning should be calculated where human elements are rarely touched in the evaluation of the development paradigm. The fact that the united forces of the people of Bangladesh have moved towards greater political liberalization is well documented in the literature.

As more people enter the political arena, changes in their voting behavior, their presence in national parliaments, and their active role in civil society undoubtedly increased the spirit of democratic governance in Bangladesh. It is clear that an effective, transparent, and accountable civil service is a fundamental requirement for establishing legitimate institutions and ensuring the necessary development services. Investment requires a long-term policy framework and it is only a politically stable government that can formulate it with due diligence.

Let the local community lead and master social change. While NGOs are still most likely to be concerned with human development needs, engaging in human protection initiatives helps to strengthen their organization and to strengthen and expand the contribution they are able to make to those they are already working with.

Moreover, in order to make development truly meaningful, it is time to involve the people directly in decision making and implementation. This requires decentralization at the lowest level of democracy. In the greater interest of the country, the political parties and the people, and the concerned stakeholders should learn from the problems and overcome them.