How Do You Choose Between Java/Python/C++ 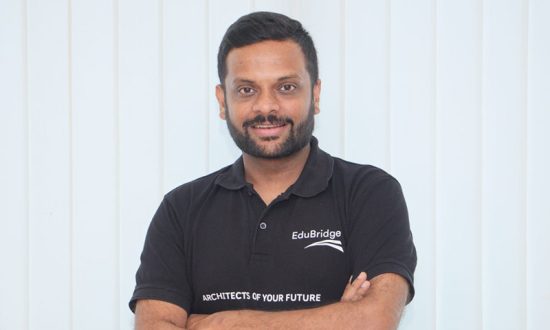 Girish is an entrepreneur who has a vision coupled with an unwavering want to create. He brings 15 years of experience across Education, FMCG and Financial Service sectors and is driven by a visceral “hard-wired” need to strategize, to innovate, to execute and to disprove the words – “It can’t be done”.  His greatest passion lies in unlocking the potential that each individual has, and in enabling them to achieve their best. He strongly believes that in this golden era of opportunities in India, the biggest factor of success for our country will be our ability to transform our people into high performing contributors to the economy. This led to the birth of EduBridge and is still central to the vision and mission of EduBridge.

Today, practically everything is programmed and automated; from banking software to systems for automatically tracking attendance; computers control every aspect of our lives.

What Is Python (and how Is it Unique?)

Python is a flexible language that has been used for many different things. It is widely used in both scientific and commercial computers, and because of its relatively straightforward syntax, it is simple enough for beginners to understand. Python is also open source, which means a sizable developer community contributes to its growth and upkeep. Due to its popularity, a wide range of free tools and libraries have been created, enabling users to create programs fast for several purposes.

But Python is also incredibly strong. It must be extremely powerful to be utilized for artificial intelligence, advanced graphics, or scientific computing. Python has the processing capacity and ability to handle challenging math. It can quickly handle big data sets and is also reasonably fast. It’s also not the quickest or the slowest language, but neither is it the slowest. So Python is unquestionably up to the challenge if you need something that can manage large projects and plenty of data.

What Is Java (and how Is it Unique?)

It’s often claimed that Java is the most widespread programming language of all time. This further supports the argument that every programmer should learn Java. Having been released in 1996, it’s also one of the languages with the longest time in use. What this means for someone new to the language is that you can expect many of the kinks that have been worked out long ago, leaving you a stable tool to work with.

Java is famously platform-independent. Its code doesn’t rely on any underlying architecture, which has no doubt contributed a great deal to Java’s flexibility and extensibility. Like Python, Java is object-oriented, which can make writing maintainable code much easier. Java supports automatic garbage collection and memory management, reducing the number of things the programmer needs to worry about.

All these factors make learning Java a wise investment for any aspiring programmer. With its long history and platform-independent design, Java is sure to be around for many years to come. So if you’re looking to start your programming journey, be sure to give Java a try.

C++ is a member of the C programming language family. Like Python and Java, C++ is a fast, efficient, object-oriented language with a wide variety of use cases.

C++ is a powerful programming language that enables software developers to create sophisticated systems with great efficiency and flexibility. C++ was developed in the early 1980s as an extension of the C programming language. The main goal of C++ was to provide a way to write code that was more easily reusable and more efficient than existing languages. C++ achieved this by supporting object-oriented programming, which allows developers to create and use software components in a modular fashion. While C++ shares many features with other languages, its unique combination of power, flexibility, and efficiency makes it an essential tool for any serious programmer.

Perhaps the single biggest drawback to using C++ is that it isn’t as portable as Python or Java. Code written in C++ has to be re-compiled for every platform it’s deployed on, making it harder to write truly adaptive applications.

As a mid-level language, however, C++ has many libraries for more directly handling hardware-level tasks. This means that, depending on the specifics of your project, it could be much better for anything that requires a high degree of hardware optimization, like graphics programming.

As any seasoned programmer know, choosing the right language for a career path comes down to balancing experience level with the desired workflow. Each language has its strengths and weaknesses, and the right choice can mean the difference between success and failure. In general, C++ is perfect for experienced programmers who need the performance boosts that come with a statically typed language. Python is ideal for those who want an easy-to-learn language that’s versatile enough to handle any task. Java is a great choice for those that need the reliability of a battle-tested language. In the end, the best language to learn depends on the individual’s needs and preferences.

Ready and Willing? Higher Education’s (Increasing) Challenges to Recruit Individuals as the Next Department Chair
AI: Arguing its Place in Higher Education
Dimensions of Diversification
What Leadership Means in the Ed Sector – Leadership Through Teaching
EMBA – Enhanced Career Growth through Combining Work and Study
The Metaverse – Will it be a Platform for New-Generation Education?
CONTACT US