Home /STUDENT STORIES/Haimanti Sen- The Guardian Angel of The Streets

Haimanti Sen- The Guardian Angel of The Streets 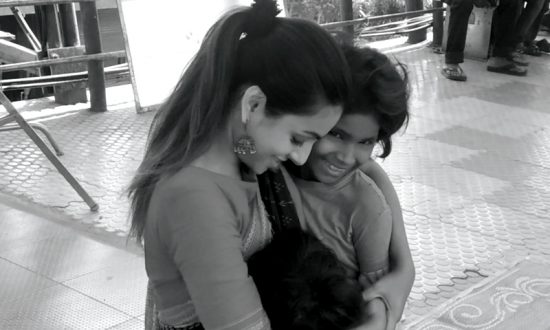 India is a country that gives its citizens the right to education. Article 21-A of the Indian Constitution states that all children between 6 and 14 years should be provided free and compulsory education. However, India’s literacy rate is about 74%, leaving a quarter of the population without basic reading and writing skills. It does not take much to comprehend that India’s poverty and illiteracy are closely linked. What with India being the second largest population in the world, the nation is home to one-third of all world poverty.  Although India’s poverty situation is improving, problems related to poor health and sanitation, low levels of education, unemployment and malnutrition remain. To battle this dismal situation, the leaders of the country have devoted around 10.5% of its total government expenditure on education. But neither is it evenly spread out, nor does the people who matter know about the various schemes that they have access to.

Haimanti Sen, a spirited woman of 22 years, understood this predicament when one day she caught young children begging for money and selling pens and balloons on the sidewalks of Mumbai. Like others, she, too, forgot about them when her Rickshaw drove away from the traffic. But as days passed, Haimanti was compelled to ask, “The government of India has several schemes in place for the underprivileged children, but do they even know that these schemes exist? If they do know about it, then why aren’t they at school learning, but on the streets begging?

A sociology and psychology graduate from Mumbai University, Haimanti began walking around the Kandivali station looking for answers. She weaved her way in an around the slums surrounding the station and asking parents whether their kids went to school. She soon realized that the kids she was seeing were not only from the slums, where they at least had a roof over their heads, but were from the streets. The street kids were excited to see her but confused as well. In their memory, no adult had ever wasted a breath on them. At first, the children were wary about her and did not speak to her but choose to observe her.

If Not Me, Then Who?

Haimanti spent quite some time with the kids and made them feel at ease with her. She was moved by the smiles of the children. They were the poorest of the poor, subjected to humiliation and immense pain, but that did not deter them from smiling and ploughing through the day. Haimanti saw the hidden potential behind each of those grubby faces and thought about what each of them could accomplish, only if there was someone to guide them. As she left them that evening, Haimanti had a warm glow in her heart and a sense of purpose. However, it was the next day that iron-cladded her resolve, when the children ran and hugged her when she visited them. 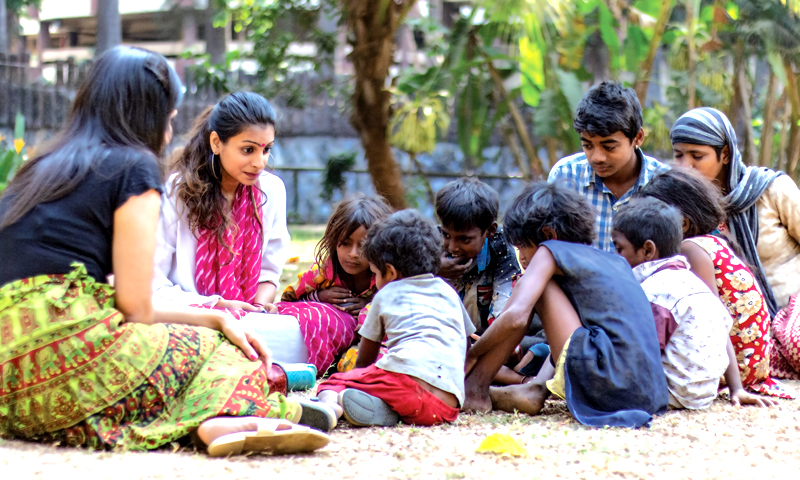 Although Haimanti was a trained elocution and drama trainer and had 5 years of experience working with children as their tuition master (she tutored the children in all subjects) and via summer camps, what she intended to do was way more serious and taxing. Haimanti informed her parents and friends that she was going to teach the street kids. Her parents were sceptical and tried to change her mind, but Haimanti had found her purpose and there was no way she was going back. Her friends, however, were supportive right from Day 1. In retrospective, her friends too wanted to help the children, but were waiting for a push. Haimanti not only gave them the push, but also gave them a roadmap.

Haimanti’s first dilemma was finding a safe and secure place to teach. Even though she found one such place, she did not get the permission from the local politician to use the space. It is worth noting that the place is left unused to this day. The politician instead told her that her acts are never going to make a change, and that street kids will always be street kids. This scornful attitude of our Netas speaks volumes about the state of the nation.

Haimanti also approached various schools and requested them to shelter and teach these kids, but they too denied her. The reason she was given was that the kids were dirty and that they did not have the grasping speed as their peers. Also, the school authorities complained to her that the children did neither have proper names, nor proper addresses. Hence, registering and enrolling them into the school was a problem. Also, even if they were registered, the children had zero involvement and support from their parents, who rather had them begging, and, most of the time, nicked whatever the school provided and never returned. Haimanti was irritated at the callousness of the school authorities. Did they not understand that these kids had no access to clean water or a bathroom, and that they had to save up to 10 rupees if they wanted to use the public washroom? Did they not understand that the reason for their low grasping power is because they had not developed proper language and communication skills? Did they not understand that even though these children were living on the streets they had their right to education, and that as an educational institution the school, instead of turning them away, should have taken matters into their own hands? 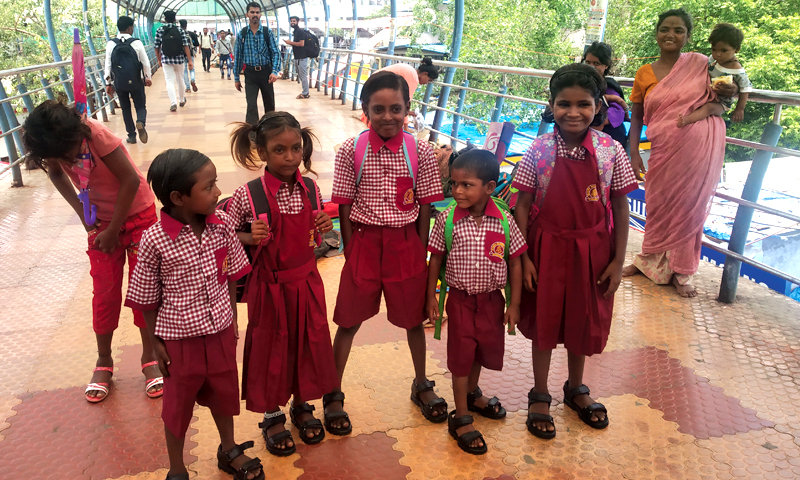 Despite the lack of support from the society, she was adamant to find a place. She was looking for a place that had a leak-free roof, was easily accessible, and must accommodate her students. As she was contemplating, she realized that the perfect place was staring at her face all this time. The Kandivali station skywalk was to be classroom where she would educate her students.

Now that she had the classroom, her next hurdle was to coax the parents to allow her to teach their children. She was faced with reluctance because they were suspicious about Haimanti’s motives. Some considered the time spent learning a waste, as that time could be spent begging and earning some money. However, they slowly fell in line. The children, on the other hand, needed no second calling. In fact, their responses surprised her. Given a choice between English and Hindi they picked English without hesitation.  She had to teach the English Alphabets for about 5 months as they had trouble remembering the letters and retaining information. But their perseverance motivated Haimanti to continue teaching them. Soon she saw real progress and slowly introduced Mathematics and Hindi. 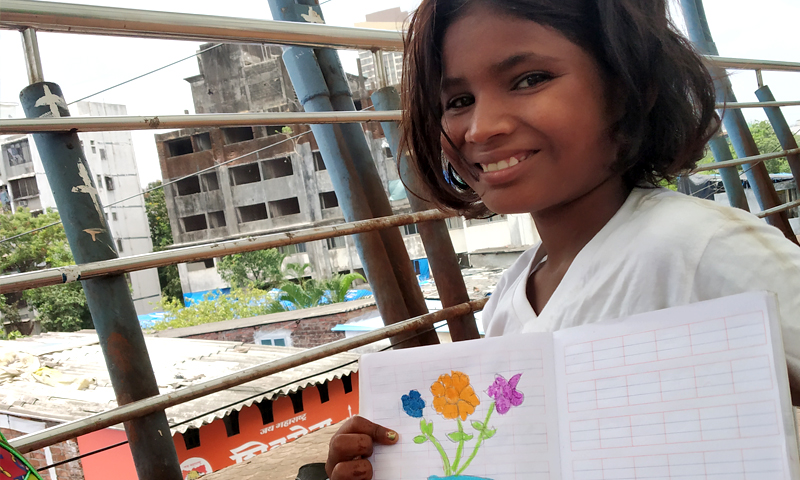 Haimanti’s parents saw the incredible work that she was doing and pitched in to do their bit. Haimanti’s mother was a primary teacher for over 20 years, and so helped Haimanti to decide on what to teach when.

On 17 May 2018, Haimanti sat down under the Kandivali station skywalk with 20 kids and started her first class. Later, in June, she moved her class inside the skywalk, where the roof sheltered the group from rain. Fast forward today, she now has 13 kids who come regularly. The other 7 succumbed to parental pressures to beg and do various chores to earn money. Some moved away due to fights and safety reasons. Nevertheless, they do come back occasionally and Haimanti’s team try to involve them as much as they can. The 13, however, show real progress, and 6 of them now attend Raghuvir School.  Today, these children can grasp concepts quickly, know how to write their names, speak English and Hindi, and converse in English. Haimanti’s eyes glow as she says about her little ones’ achievements. “Some of my kids have started reading 2-3 letter words in Hindi and are progressing fairly well in mathematics. They are learning basic etiquette and have cultivated a habit of saying their ‘Thank You’ s and ‘Welcome’ at the right time. They understand that they cannot scream and talk loudly while in a public space and must treat each other with respect. As for their hygiene, they have shown tremendous improvement!”

However, what delights Haimanti the most is that many of her kids now go to proper schools and has a chance to wear uniforms, greet their teachers and friends and eat their tiffin like regular schoolchildren.

Today, Haimanti and her team of 6, consisting of friends and family, have started a non-profit organisation, Junoon Foundation. Junoon aims at providing an all-around development to the underprivileged kids; helping them discover their potentials and working with it. To Haimanti, Junoon means the passion and ambition to do better, to change lives, and to try to make the world a better place. As an outsider, you can sponsor a child for their food, education and medical expenses or just sponsor food on a monthly basis. Junoon also accepts monetary donations as well.  If you are a trained professional, you are also welcomed to conduct skill training workshops. 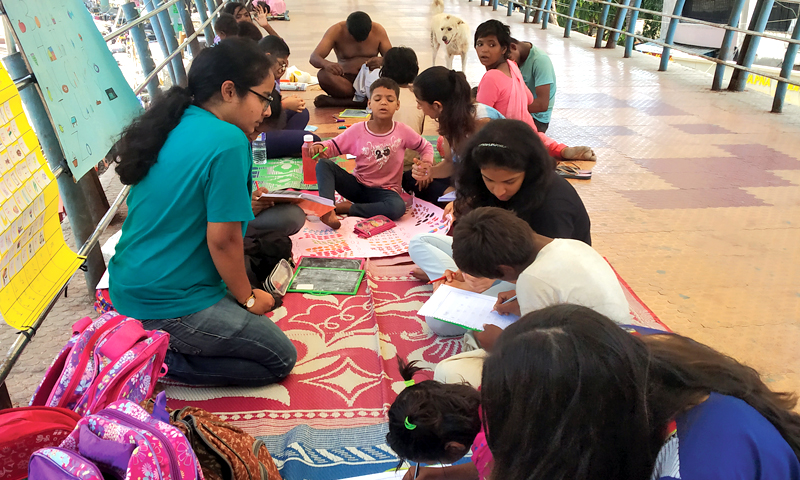 Haimanti Sen is a prime example of how education should shape a person. She is well educated and could easily be a part of the rat race, but she chose the path less travelled. Thanks to her, the street children of Kandivali station now has the chance to live a few hours away from their dismal life on the streets, read and learn books, have friends that will help them see life in a new perspective. Thanks to Haimanti, they can now dream of a life that is far away from what they are now living.

Journey From An Associate To An AVP
The Ultimate Student Guide 2022 to Studying Hospitality Management
The Long and Winding Road to Embarking on A Career in Semiconductors
Kasol to 'Kasole'
Giving a Face to The Proverb “Where There’s A Will There’s A Way”
NOW! is the Time to Resuscitate Pharmacy Education
CONTACT US