Home /EDITOR'S PICK, INDUSTRY, INDUSTRY PERSPECTIVE/Gap Between the Knowledge, Training, and Employability in the Legal Sector

Gap Between the Knowledge, Training, and Employability in the Legal Sector 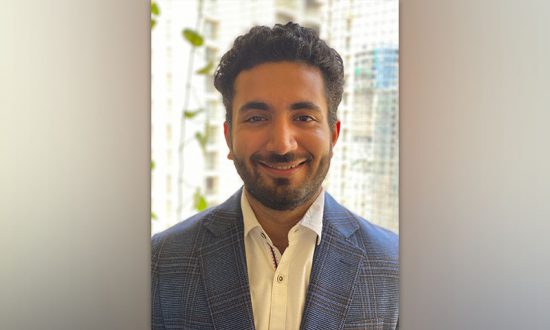 As a law graduate from the OP Jindal Global University, Raunaq Kakkar had always been passionate about working as a criminal lawyer. However, destiny had other plans for him when he failed his law school exams, with over 25 papers to appear for the day his batch graduated. Over the next year and a half, Raunaq took every avenue available to clear these tests – from reference books to notes, and even various channels on YouTube – but the absence of awareness on the subject and lack of a structured study pattern resulted in him failing to clear his exams once more. It was during this time that the idea of creating a platform like Lawpreneurz was born.

Even though it is a proud feeling to have these many law colleges in India and I won’t be surprised to see that number multiply 2-3 times in the coming 10 years but the problem of quality education, still remains. While it is true when they say that it is not the school or college that matters but your own dedication and hard work, that same school or college should ideally act as a guiding angel to the student, helping him know if he is on the right path because the law, is not an easy profession.

The current norm in most law schools is making a student learn the subject with the intention of him passing the exam instead of ensuring he truly understands the law, and know-how and where to apply it because this is what would, in the end, help him get a job, that too which happens to be scarce in India especially in the legal world. As students, we are required to do a minimum of 10 internships during our stint in law school, where some students do it religiously while most do it just for the formality and that is where we are going wrong. Law is one such profession which provides multiple options for a student to pursue straight from practising, to being a corporate lawyer, to becoming a consultant or in some cases, founders of legal startups. But instead of just ticking the box of students doing their internships, the college should consciously help the student find his/her passion in the field of law. A student spends 5 years in that law school, nothing short of being his second home. Every student should have a mentor in their college who helps them truly understand where their happiness lies, that one field in law where they know they were meant to be. The current flaw is students are unaware during their time in law school, their only aim is to pass and do the internships because that would give them a degree. But what they don’t understand is getting a degree is the easy part of law school. Getting a job with minimum pay too is not difficult. But being able to sustain in this cut-throat legal profession, can only be done if you know what you want.

Talking about from personal experience, during my stint in law school, I did not know what I wanted. And that was evident to my seniors during my internships at prestigious law firms due to which there was a difference in treatment towards me as against someone who knew that this is where he wants to be after school. I think our grading system in law needs to be tweaked a bit. Along with scores for law subjects, students should be graded, not as pass or fail but scored in terms of their aptitude for a particular field in law and they should be trained so that they can master this and be better lawyers.

As I have said, getting a job for a lawyer is not difficult. If nothing, he can be his own boss and start his own practice. That is the beauty of law, you don’t have to depend on anyone. But how do you become a boss when you don’t know what you want to do?

Another thing which I feel should be addressed when it comes to education and eventually, your chances of employment is developing soft skills and such life lessons which make a student fearless. Why is it that we only had one Ram Jethmalani? Or we have one Harish Salve? They too went through the same cycle which every law student does but what made them stand out? From the cases I have heard to be fortunate enough to meet Ram sir, he was fearless. He did not worry about what others would think, his only goal was to improve himself every single day. This is a skill which many students, not just in law but in general lack. They are not fully able to come out of their shell because they fear the consequences it might have. This soft skill and life lessons is something that should be imbibed in the institutes’ curriculum for students to realise that greatness can only be achieved if you’re fearless and for lawyers who are change-makers, that is the only way. 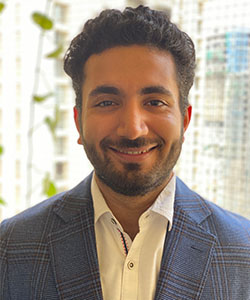 Despite having attended a highly reputed law school, clearing exams became an immense task for Raunaq Kakkar due to the unavailability of proper guidance and professors who could clearly explain complex topics. When considering the plight of other students who didn’t have the opportunity to go to a premium law school and faced similar struggles, Raunaq was inspired to create a unique solution to help his fellow students at large – all at the click of a button.

Aside from dedicating his heart and soul to Lawpreneurz, Raunaq Kakkar is an avid TEDx speaker, and has received accolades for his talk ‘Shifting Gears when Lord Murphy Strikes’. This philosophy has played a pivotal role in his life and given him a unique perspective on the ups and downs of his journey.