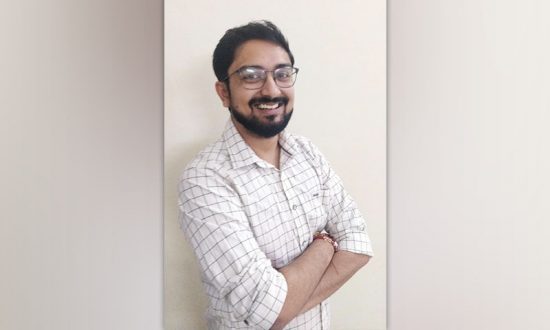 After graduating from IIT Roorkee in 2014 with a B.Tech in Computer Science, Siddharth joined InMobi. After a yearlong stint as a Software Development Engineer, the succeeding years saw Siddharth co-founded and served as the CTO of two funded startups – Flicksup, a content discovery social network, and Bolo, a video-based Q&A startup. During this time, Siddharth also worked as a Tech Consultant for over six companies, where he was responsible for building up the product and tech. While at Bolo, Siddharth and his co-founder Nishant found a large gap between the supply and demand of software engineers in the country. They then decided to bridge this gap and founded Newton School in 2019 with an aim to empower its candidates to become highly-proficient software developers.

With the expansion of Indian technology space, businesses have seen an increase in demand for digitization, which has in return boosted the demand for tech expertise. While the net of digitisation has been spread wide, it has only caught the tip of the iceberg in terms of the talent hiring — the number of tech hiring may be increasing, but this increase has not been equitable.

India’s foray into the services and IT sector without first examining effective growth models and methods for holistically educating and skilling its entire population has resulted in massive income disparities and widespread inequality. According to a Nasscom study, “Driving India’s Socio-Economic Transformation,” though tier 2 and tier 3 cities in India have now emerged as major talent hubs from where various industry sectors are recruiting human resources but are still facing disparity. And following the disparity, the participation of tier 2 and tier 3 cities in the national hiring is not as much as it should be, particularly in a country like India where almost 70 per cent of the population lives in villages and suburban areas.

The COVID-19 crisis has offered an uncomfortable yet accurate preview of this disparity that a sudden leap into digital futures may cause. While IT projects are a top priority for organisations, nearly 75% take twice as long to complete because of a talent shortage. The industry has a critical need for professionals with expertise in technologies. The need of the hour is to integrate informal workers into a structured social security system with targeted and equitable job development in the growing digital sector, through investments in education, reskilling, and retraining.

Thanks to the inception of startups in the skilling and reskilling space, the concept of skills has transcended the socioeconomic and regional boundaries. It has also helped to bridge the gap between theory and practise, allowing even freshmen from tier 2 and tier 3 colleges to adapt to Industry Oriented Skills. Recently, Ranadheer Velamuri, Director of Engineering, Tesco, quoted in a YouTube chat show, “Attitude, energy and skills play a key role in hiring a candidate as I believe if a candidate possess these three attributtes and the enthusiasm to pick up the responsibilities of the job profile then having a degree doesn’t really matter”.

While most ecosystems need a balance of demand and supply in order to survive and prosper, It all comes down to quality and quantity in the case of tech recruitment. Companies should broaden their hiring approach and concentrate on qualitative recruiting that overcomes socioeconomic barriers. The recruitment market in India has barely witnessed any changes in decades. This is the chance for companies to see this as a window of disruptive market opportunity and aim to seize it.

The digital sector will certainly pay rich dividends and change the nature of the job economy, but the benefits must reach the nation’s entire fabric and every person. More and more companies must take a bottom-up approach and integrate the education and skilling systems to create equal opportunities and smooth transitions to prevent losses from disruptions like pandemics.

Role of Financial Literacy in Empowering Youth
How to Test and Trust Your Intuition
Is Virtual Reality the Future of Education?
How to Connect the World’s Most Promising Talents to the Best-in-Class Education and Opportunities
5 Tips for Fresh Graduates
The Emergence of Hybrid Learning in Higher Education – Advantages and Perils
CONTACT US