Home /ACADEMIC/Educating for Equity: The Importance of Embracing Cultural Consciousness

Educating for Equity: The Importance of Embracing Cultural Consciousness 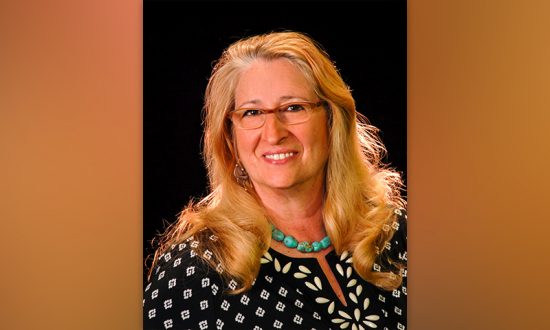 Yvonne Caamal Canul, veteran educator and former urban superintendent in Michigan, U.S., is well known for innovation, cutting-edge strategic reform initiatives, and ‘putting order to chaos’. Yvonne has been widely recognized for her leadership positions as a teacher, principal, district administrator, state education official, and in corporate and university roles and for receiving numerous awards at the local, state, and national levels. Among them are the Milken Family Foundation’s 1995 National Educator Award, the 2006 David P. McMahon Civil Rights Award by the Michigan Education Association, selected as Michigan’s Superintendent of the Year in 2015 by the Michigan Association of Superintendents and Administrators, and the National Women’s Leadership Award in 2017 given by AASA and the Bill and Melinda Gates Foundation.

Sending new teachers and administrators out into a 21st century world without the advantage of having experienced a core curricular program on cultural consciousness, is unfair to the fifty million students, half of whom live in a completely different world than most educators.  Exploring, reflecting upon, and understanding one’s own group identity and biases can exponentially expand an educator’s ability to successfully engage students and their families.

In 1959, Edward T. Hall wrote a seminal book about culture.  The Silent Language was part of the “book locker” for Peace Corps Volunteers sent throughout the world beginning in 1961.  Committed to serving for 2 years, they spent 3 months in training to develop a deeper understanding and appreciation of the cultures and languages they were about to experience.  They first needed to unpack their own cultural consciousness.

Hall offered an essential aspect of culture that is core as we urgently move towards DEI (Diversity, Equity, and Inclusion) policies and practices.  Recognizing that groups determine culture is critical to deconstructing one’s own behavior within their own group by elevating it to a level of intentionality.

“Culture is a set of values, beliefs, norms, and standards of behavior that make the actions of the individual intelligible to the group and controls our behavior in deep and persisting ways – much of which is outside of our own awareness and therefore beyond the conscious control of the individual.”

A recent Hidden Brain podcast on NPR suggested that group identity influences how members of the group perceive reality, how they think and make decisions, their social preferences, and even what they can smell!  Groups fulfill our need to belong and gain status, provide distinctiveness, as a protective force, and require behavior that makes sense to the other members of the group.  Group identity forms our cultural reality in deep and persistent ways, outside the conscious awareness of the members of the group.

There is no more ubiquitous group-convening space than a school.  For nine months of the year, children are members of this group even though the school group may be very different from their home group.  If we consider schooling as an environment for group formation, the question of whose group determines the standards of behavior is critical to understanding the pressure of having to fit into a group’s unfamiliar identity markers.   Globalization and technology have brought different cultural groups into greater proximity than ever before and the lines of group homogeneity can be significantly blurred.  This is particularly true for educators who work with children and families from every corner of the world.

With over three million teachers and principals in the United States, teacher and administrator training programs in institutions of higher education must provide core courses on cultural consciousness in order to create a more diverse, equitable, and inclusive society.  Current data (see Table I) from Education Week (Riser-Kositsky. Education Statistics: Facts about American Schools. July 23, 2021) illustrate the urgent need for providing future educators with a more comprehensive view of the world of schooling.

Table I:  Facts about American Schools 2021

It is essential to understand that the dominant group (i.e., in schools) has established the acceptable norms and values for the behavior of others (i.e., students/families). For this reason, non-dominant races and cultures must adapt in order to survive and function, at times without success.  This life between two worlds is a voyage more than half of our students take every day when they travel between home culture and school group culture.

Everyone has culture.  It is not something that only belongs to people in other countries, to those who are from other countries, to a single race, or to an ethnicity. However, Dr. Peggy McIntosh, Senior Research Scientist at Wellesley College asserts that single-system seeing and mono-culturalism has long been the foundational structure of the cultural framework and group identity in schools.

In her essay, Interactive Phases of Curricular and Personal Re-Vision with Regard to Race (1990), McIntosh proposes a continuum of interactive phases – from “just like me, euro-centric” to “universal inclusion” (paraphrased) as a way of raising one’s cultural consciousness, even though no one person exists solely in a single phase.  Unpacking one’s own cultural norms and group identity is a first step towards cultural consciousness and in being able to provide students with learning environments in which can be successful. Instead of always looking at “others,” it’s important to first understand “us.”

In a lecture I attended several years ago, Dr. Aquiles Iglesias, Esterly Chair at the University of Delaware, shared one clear example of the importance of understanding “us” when he spoke about discourse patterns among Latino children.  The differences between “Topic Centered” vs. “Topic Associative” illustrate how our instructional and curricular structures have boxed communication patterns into a linear, time-stamped framework.

Topic centered classrooms encourage chronologically linear storytelling, without deviation, and where all the characters are established.  For example, first you tell me what you’re going to tell me, then you tell me, then you tell me what you just told me.  However, topic associative discourse allows the narrator to start the story anywhere, deviate when another tangentially related thread might be fun to include, and characters appear throughout.

The story is a journey and linguistic gymnastics are praised.  Many children live in homes where topic associative discourse is the norm and yet they enter into classrooms where it is not.  There is more than one way to tell a good story.

Given the reality of group identity and recognizing that one’s behavior reflects cultural perspectives, it is essential that teacher and administrator preparation programs prioritize cultural consciousness in the core curriculum. Being more reflective about how cultural differences play out in the school environment can help aspiring educators to have:

Time to be “Agile” and not “Fragile” – A reframed perspective on Career Development
Educational Technology Trends in the 21st century
Reconstructing Narratives: A Bridge for the Next Generations
What Makes Public Relations a Fascinating Career Choice
How Tech Companies are Helping in Upskilling Students
Online Learning Bubbles: Making Young Minds More Intuitive
CONTACT US