Educating Children in Their Mother Tongue 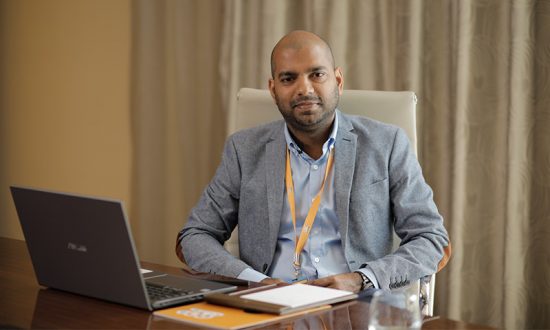 Vijay is the founder and curator of 90+ My Tuition App, an initiative of Daskalos Virtual Academy. He is a management professional and driving force behind 90+ My Tuition App. Leading with the key objective of helping students, nationwide, to achieve exceptional grades, Vingish has lead the formulation of the App and has curated a passionate team to carry out the business operations. Vingish has an overall experience of 13 years in the food product and telecom industry. He started his career with Idea cellular and his earlier stints were with Swad Food product, where he contributed towards building the organisation nationally and internationally. He is an MBA from Chartered Financial Analyst of India and ESA Paris, France.

When the Indian government announced the National Education Policy 2020 last year, it was evident that the language of instruction would be a major focus for future educational initiatives. This was proven true when the Prime Minister announced that 14 Engineering colleges will start providing first-year courses in regional languages in line with NEP 2020.

Though the acceptance of vernacular languages has started on higher levels, the quality of education provided in vernacular language on the base level is still not up to the mark. The expenditure on education is only around 3.5 per cent (in 2020) of India’s total GDP, quite lower than needed for this huge country.

While it is unlikely that we will be able to rapidly build that needed infrastructure, we have already developed the tool that will help us bridge this gap i.e., EdTech. The Blume Ventures EdTech Report shows that the Indian EdTech Industry is expected to grow from $750M in 2020 to USD 4B by 2025 at a CAGR of 39%. Indian Edtech companies can leverage this opportunity by focusing on several points to divert these rising demands towards them.

KPMG’s Online Education in India report informs that most of the growth in demand that is being noticed is coming from these tier II and III cities. The report shows how areas of Bihar, Kerala & Jammu and Kashmir with limited infrastructure are rapidly adopting online education as their primary solution. The demand for quality education drives primary and secondary supplemental education, and online channels provide a conducive educational avenue for these students who require focused individual learning.

The competition in the Edtech sector in India is fierce. Despite this, the country has seen thousands of Edtech startups launch in the last few years. The demand for quality education in the vernacular Edtech sector has yet to be met. Many of the world’s leading Edtech companies, despite their vast resources, are limited to only a few Indian languages. As a result, Edtech’s vernacular segment is missing out on a golden opportunity.

Before entering a new market, it is necessary to gain a thorough understanding of it. The KPMG report also shows that metropolitan education spending is four times greater than rural education spending. This implies that many of these new clients may not have the financial means to pay the company’s exorbitant pricing. As a result, by lowering the cost, millions of new customers from lower-income groups can be targeted.

According to the UDISE (Unified District Information System for Education) report 2019-20, only 26% of all students attend English medium schools, most of which are concentrated in metro cities like Delhi, rest study either in Hindi medium schools or a regional language school. The survey also mentions that the medium of instruction in many of these English medium schools is still a local language, implying that students might understand topics better in their own tongue.

However, it also hints at the parents’ desire to send their children to English-medium schools. This desire is quite reasonable. Considering that in today’s globalising world, English is emerging as the international language which is pretty much needed everywhere. So, why will the parents make the mistake of losing out on this opportunity?

However, in a circumstance where the child cannot speak or understand English, introducing the entire curriculum in that language will just confuse the child, and he will struggle to learn a new subject like maths or science in a foreign language, putting a double weight on him. Imagine what would happen if we begin the English education of children from remote villages? Many people from such areas do not have any exposure to English, and they do not even understand a word of it.

We need to rethink why we are imposing one language in this linguistically diverse country. Such moves can actually accelerate the school dropout rate. Instead, if we students will be taught subjects in their mother tongue till class 5 with English side-by-side as a subject, the kid will be able to excel in both the language and the subject, as his foundation will be stronger. Also, children who have a strong command over their mother tongue are more likely to learn other languages faster.

The idea of NEP-2020 is similar to the MTB-MLE (Mother Tongue-Based Multilingual Education) approach, which has evidence and support from the field of cognitive neurosciences that shows how learning in the mother tongue helps a child form complex knowledge networks, shows the Asian Development Bank’s Mother Tongue Multilingual Education report. It also informs how such actions have improved the quality of schooling by increasing parent and community participation in different countries.

The Pivotal Role of Technology in the Education Sector
A Career as a Product Engineer, We Can’t Imagine our Life Without Them
Even in the Digital Era, the Pen is Mightier Than the Keyboard – Here’s Why
Student-Related Policies One Should be Aware of When Planning Overseas Education
Master’s vs MBA – Which is the Right One for You?
The Safety Net for India’s EdTech Revolution: Smart Regulations
CONTACT US