Home /ACADEMIC/Do not Underestimate the Kids

Do not Underestimate the Kids 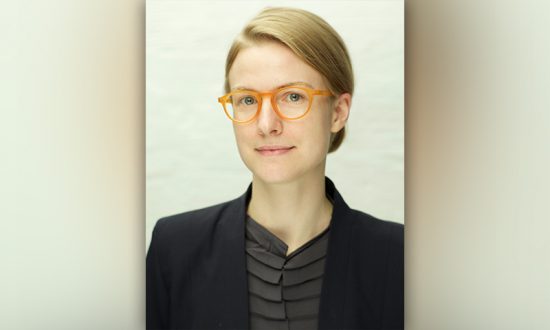 Encouraging a girl’s early interest in technology cuts a path toward strengthening our society and ensuring that the initiative can develop competence and produce research at the highest possible levels. The Tekla Festival was founded by Swedish recording artist Robyn with the aim of getting more girls involved in STEM. This year, under the guidance of Caroline Dahl, PhD, Technology Innovator at RISE, Chairman at Stockholm Makerspace and Board Member of Makers of Sweden the Tekla workshop was held at Experimental Theatre, NCPA on December 2019, where girls of age between 11 and 15 from schools of Mumbai took the opportunity to explore, learn and enjoy STEM (Science, Technology, Engineering and Mathematics). In an exclusive interaction with the Higher Education Digest, Caroline Dahl talks about her experience at Tekla Workshop, STEM education in India and many more.

How was your experience at the Tekla workshop? What is your opinion about India’s effort in encouraging a girl’s early interest in technology?

The girls were brilliant. Curious and keen to understand what I taught, with the streak of independence necessary to make technology their own. We used a modular electronics kit that I developed for Tekla, which changes behaviour depending on how you put it together. The girls learnt to solder in no-time, and then proceeded to put together circuit modules to create everything from a darkness-activated night light to turntable-controlled motors and speakers. The kids got to keep all gear that they made.

Just like any bunch of kids, their prior experience varied. One girl proudly told me she had constructed a solar cell at home! She was ultrafast at soldering and could name several components. Others had never seen a printed circuit board before.

India is a large and diverse country, and if the smart girls and teachers that I met at Tekla Mumbai are anything like the rest of the population, India clearly has a bright future ahead.

As the Chairman at Stockholm Makerspace and Board Member of Makers of Sweden, Technology Innovator at RISE, what is your take on the major differences between Indian STEM education system vs global studies? What should be the focus of Indian educators to reach the global standards of STEM education?

While I’m no expert in Indian STEM education, I do have experience from other countries.

The Swedish educational system offers a playful learning environment with minimal hierarchy. Of course, in order to make anything better we need numbers on how things are today, so we keep tabs on kids’ enrolment, have women instructors and a governmental decree to focus on digital skills. In practice, this has translated into a lot of software development, probably because several hugely successful software companies have sprung out of Sweden. Besides, the infrastructure is already there in the shape of a ton of touchscreens, half of which we carry in our own pockets.

I think these kids will miss out. Algorithms and apps are all fair and well, but without hardware you will, literally, miss an entire dimension to the digital world. I visited a major electronics firm in Shenzhen and learnt about China’s own effort to build makerspaces in all schools. They shipped relatively standardized toolkits so that kids and teachers share a common technical language across the country – the same fundamental idea as in so-called FabLabs, a type of standardised workshop, tinkerspace or makerspace.

Makerspaces serve to democratize technology. While Sweden has yet to officially catch up  and endorse open tech spaces for people – young or adult –  as head of Stockholm Makerspace, I have met many teachers at Swedish schools who travel far to reach us, curious of what’s essential for a creative learning environment.

The answer to their question is independence, accessibility and ownership. We jointly crowdfund space, machines and tools, have minimal hierarchy and a quorum of excellent people to uphold a culture that is both playful and helpful. Importantly members have access around the clock and are met with as little red tape as the board can bare in order to sleep at night.

There are tinkerspaces around in India, associated with schools and available to children. That’s great, and it’s important that access to both space and equipment remains as open as possible to children so that living tinker spaces do not turn into museums of technology. In an effort to support this culture, the Tekla crew left all soldering equipment with the schools that participated.

At present, what are the biggest opportunities and challenges in the STEM education sector?

This era of connectedness and information sharing means that a wealth of resources is available, opening up possibilities to collaborate across borders, and bringing knowledge of both local and international needs to individuals.

Any figure of authority will feel challenged by this reversal of traditional roles. And it’s both their challenge and opportunity to keep the information free and feed kids’ curiosity. You can take abstract terminology and turn it concrete by focusing your class’ attention on applications of STEM, and how they’re changing the fabric of society. Because building something to fix a problem will always beat abstract learning just for the sake of a degree. Organizations as diverse as the Swedish Academy of Sciences and Makers’ Asylum in Mumbai even take this to an international level, letting students team up to tackle the UN Sustainability Development Goals. Do not underestimate the kid.

While, digital education has the capability to change the educational landscape, what are the challenges for a traditional STEM facilitator in the tech-driven world?

I think the main challenge is to assert her or his rightful space in STEM development. In the digital era, I may be able to control motor speed and direction from a pretty and user-friendly interface. But unless I pair that motor spin with traditional textbook examples of mechanisms of converting rotational motion into other forms, I could never build a robot. And lifting my robot arm sideways requires ancient Euclidean coordinate maths. And why pay lots of money for tons of 3D printer filament when I can optimize robot structural strength using civil engineering principles? As the robot lifts a heavy weight, my low-density robot will also teach me about the limitations of solid mechanics when my robot’s centre of gravity swiftly moves beyond the table and crashes to the ground.

Basically, a kid will pick up traditional STEM knowledge whether they want to or not, ideally before they crash their projects. The challenge will be to marry the digital era with traditional topics so that the journey becomes seamless, and traditional topics are wholly accepted as the mission-critical elements that they are.

What are the biggest concerns you hear regarding the education opportunities of girl students available in India? How do you help them overcome that?

We like to think we’re getting pretty good at this equality thing, because we know that it was worse some years ago. But we live in a world where not every person is allowed to bike, publish, go to university, run companies and own property like other regular human beings. Even if all those showstoppers were sorted overnight, arcane ideas still have momentum. That momentum haunts both the people affected and the world as a whole, because the world won’t reach its full potential.

Thankfully there are excellent female mentors and role models, Indian all-girl schools featuring female STEM instructors, and awesome dads who push their tech-curious daughters to go to events like Tekla where they make friends with other tech-curious girls and go off and create their very own counter-momentum. No one wants to be an odd-ball (besides, it’s lonely) and by creating this parallel universe full of advanced tech amazons who playfully wield scientific concepts at you, suddenly it’s completely acceptable to be the really nerdy girl who plays with circuits and deconstructs a cellphone for fun.
I also made a techy friend at Tekla in Mumbai, and in 2020 we’ll ping each other over Skype and deconstruct satellite electronics to try make it modular. It’s not just girls who make friends at Tekla.

What is your advice to the girl students in India who wish to live a full and independent life?

The world has never been more connected, so try to find your dream team – online or offline – reach out to mentors, have oversized targets (you’ll grow into them) and strive for the supportive environment that is necessary for you to learn without hesitation and create without restraint.

Time to be “Agile” and not “Fragile” – A reframed perspective on Career Development
Educational Technology Trends in the 21st century
Reconstructing Narratives: A Bridge for the Next Generations
What Makes Public Relations a Fascinating Career Choice
10 Must-Watch Architecture Colleges in India
How to Do What You Love to Do?
CONTACT US