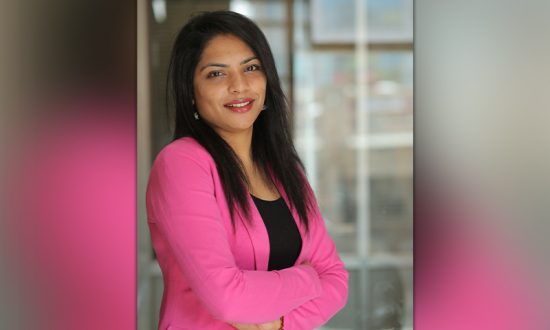 Businesswoman Preeti Daga, as a Chief Strategist and Training Coach (currently specializing in Corporate and Retail – Technology and Lifestyle),  at LinuxWorld Informatics Pvt Ltd and Arth School of Technology fulfills the dreams of aspiring IT professionals, students, entrepreneurs and start-up entrepreneurs in scaling new heights and succeeding at the top of their careers.  Her accomplishments include implementing several corporate training programmes, developing strategic and tactical initiatives, constructing team structures, creating CSR initiatives, and successfully launching campaigns that have helped entrepreneurs, start-ups, and established companies succeed.

As science and technology have progressed, it is all but certain that tech skills will become even more essential. It is no longer sufficient to be literate to be successful in today’s world. You can make contributions to society with minimal digital skills even though you lack the wholesome literacy that’s required. The importance of digital literacy happens to be the same for both genders. Digital education for women in general, should be separated from education for men in general for many reasons. In India, where 130 crores (1.3 Billion) people are out there, with almost 50% of them women, we cannot overlook the need to educate half of society.

Despite being a developing country, many women still live miserable lives in many parts of India. India has a much lower percent of women who are literate than most other countries. Indian women lack education, but they also lack in the social, economic, political, and moral aspects of their lives. If these millions of women were to be educated and given access to digital literacy, they could stop many mindless societal rituals that are prevalent in Indian society. Women’s participation in all sectors of the economy and in our own economy can be expanded greatly. This will lead to a more stable social order, which will benefit all of us, since these individuals can become more confident and independent.

Defining Digital Literacy for Women: What is It?

People need a basic understanding of and ability to use digital media to work effectively in today’s society and use technologies in a meaningful and multiple way. The ability to use a computer, a smartphone, the internet, e banking, a website, operating through an e commerce site, as well as basic operating systems and software applications, can be considered digitally literate. In addition to higher education, digital and internet literacy is an essential and important tool that makes women truly employable and empowered.

It is noteworthy that there is a huge gap between the digital literacy levels of men and women in India. Among Indian women, less than 29 percent use the internet. However, the number of male internet users in India is more than 52%, which is not surprising. More and more male internet users are joining every day at a staggering rate, while female internet users are growing much more slowly. The majority of women are still dependent on men for many different purposes due to their lack of digital literacy. Due to such factors, they lack confidence in their communication skills, suffer from low self-esteem, illiteracy, doing day to day work on internet , a poor knowledge of news or even digital transactions, doing digital formalities for different reasons, etc.

Women’s access and literacy to digital technologies and the Internet can enable them to become more productive and career-oriented. The importance of providing women with basic knowledge and the proper exposure to the Internet and digital technologies allows them to start their own businesses, fight for their rights, and become financially independent, thus benefitting society and the country in the long run.

It is possible to observe the effects of M_Pesa in Kenya, for example, if you consider this. It has been estimated that the use of mobile money service M_Pesa by Kenyan households has helped to eradicate poverty by 2%. This is according to a study published by Business Today. Females account for the majority of users of M_Pesa. According to recent statistics, it is found that over 90% of women worldwide invest their hard-earned money in their household, which improves the stability of the family’s finances. The more we exclude females from digital literacy, the more suboptimal our society will become the future.

Reasons Why Digital Literacy is Crucial for Women

Globally, millions of jobs have been created as a result of the support, access, and use of digital technology. If digital technology is used more widely in society it could create a million more jobs. Increasing the focus on digital literacy among women will provide them with the opportunity to actively participate in the economy. Women who are economically empowered will be able to support their families and communities in an unprecedented way. There will be an increase in the families’ monetary fluency and a rise in the national gross domestic product. The role of women as catalysts for nation and society building will be enhanced with the proper digital literacy among women in our society.

With an increase in digital literacy in our society, we will be able to alleviate many of the issues associated with gender inequality. In addition to the oppression that women face as a result of gender inequality, they are also the victim of many heinous crimes as a result of it. As women become more digitally literate, they will be able to participate in digital campaigns to protest crimes against women, domestic abuse, child marriage, etc. In the digital age, women can protest and stay safe and reduce the number of crimes against women by having access to social media.

We all know that the Internet is an interim access to the vast amounts of information that exist out there. By having access to social media and search engines, women are able to find the answers to all their questions, which increases their self-awareness and global awareness. In addition, it allows them to educate themselves and stimulate their creativity. Despite the fact that they do not have to travel, they are able to look at the world and enrich their knowledge with new experiences. Regaining a sense of agency in their education teaches them new skills and develops new interests. In turn, it will improve their communication skills, thought processes, lifestyle, self-confidence and many more. Remember, knowledge is a weapon when only a few have it, but it becomes a power when society is blessed with it.

In most developing countries, including in India, women face structural and social barriers that limit their ability to participate in many outdoor activities. Considering patriarchal society’s traditional gender roles, the primary role of a woman in a family is to take care of the household and to keep them from pursuing further knowledge. There may not be a direct solution to the issue of gender inequality in this way, but it has the potential to provide a nudge towards newer approaches. Women who are unaware of their rights and are not permitted to know about them will be able to begin to stand up for themselves and others, which will benefit a much larger cause, namely gender inequality. Digital literacy has the potential to help them greatly in this regard.