Home /INDUSTRY, INDUSTRY PERSPECTIVE/Blockchain: The Next Disruptive Technology. Can India win this time?

Blockchain: The Next Disruptive Technology. Can India win this time? 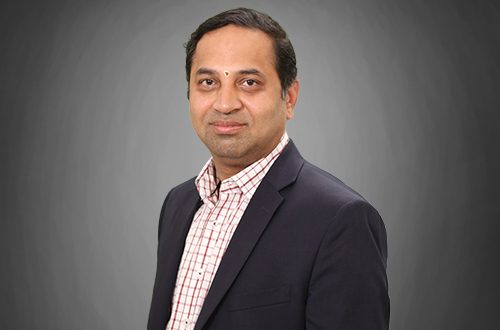 Sridhar is responsible for the executive and graduate education programs at TalentSprint. He has strong industry experience and is well connected with the academia. Sridhar graduated in B.Sc in Mathematics from Loyola College, Chennai. He is a member of the Institute of Cost and Works Accountants of India (ICWAI) and Institute of Company Secretaries of India (ACS) as well as a Certified Financial Planner.

A bank manager of the 90s would have had sleepless nights if he was told that transactions on bank accounts can happen after he closed the books for the day. Fast forward to today, we have seamless movement of money, any time of the day or night, from any bank branch to any other bank branch in every nook and corner of the country and the bank manager hardly knows that, leave alone approve the transaction.

The Internet has changed banking forever.  The servers of each bank are talking to the servers of other banks.  A transaction originating from one customer is hitting the account of another in a fraction of seconds across branches, across banks and locations. We are close to realizing the 1997 quote of Bill Gates “We need Banking. We do not need Banks anymore”.

However, just when we thought, we have come a long way, we have arrived, not much needs to happen anymore – Enter Blockchain, the next disruptor.

There are still frictions left in the system, which are now being addressed. Be it cybersecurity, the problem of single point of failure and in fact, a new way of bookkeeping moving from double entry to triple entry.  Most of these are being addressed by blockchain as a new disruptive technology which will take us to solve these frictions.

Blockchain is a ledger which cannot be tampered with. It is used by organizations as well as counter-parties for stepping up the level of transparency and security while storing data on all financial transactions. Smart contracts that are built on Blockchain architecture serve the purpose of transparency, consensus, and safety thereby preventing frauds in commercial trade, banking, and finance spheres.

World Economic Forum report predicts that 10% of global GDP will be stored on blockchains by 2025. Coming home, while our regulations have not favoured cryptocurrencies, they have backed blockchain technology and are taking steps to enable India being an early adopter in this disruptive technology. NASSCOM believes that Blockchain can add $5 bn to Indian economy in 5 years. In his budget speech, Jaitley proposed use of blockchain technology to encourage digital payments. The NITI AAYOG on its part has taken the initiative of interacting with multiple industry stakeholders to explore the use of Blockchain in sectors such as pharma, healthcare and education.

Human Resources are Key to the Success of Blockchain

Here is the dichotomy. While Banks & Financial Institutions and other sectors are eager to use Blockchain and move to the next level of disruption, lack of skilled talent is seen as a major hurdle in implementing Blockchain projects.

Globally, Blockchain is the most in-demand skill as per Upwork, a popular professional platform that provides freelancers with jobs.  In its quarterly report released for Q1 2018, Blockchain witnessed a year-on-year growth of over 60x placing blockchain on the top spot. Apart from this, a research study conducted by Glassdoor reported a 3x upsurge in jobs related to Blockchain, Bitcoin or Cryptocurrencies across a twelve-month period.

When it comes to the trends in India, as per a recent survey conducted by outbound recruitment firm Belong Technologies India Pvt Ltd., a meagre 5,000 (0.25%) of India’s estimated two million software developers have skills to work on Blockchain platforms.

How to bridge this gap?

The demand for Blockchain experts is bound to grow, however, the supply side of the equation is disappointing. There are only a very few institutions focusing on blockchain as a research area. Developments in the market outpace academic research in labs. Hence, for the first time, we are seeing the industry going ahead and developing a technology which is yet to find a secure place in the research labs of academic institutions.

These trends suggest that if software developers equip themselves with skills on Blockchain, their practical knowledge will be in massive demand in the times to come.

The only way forward in bridging this skills gap lies in partnerships with all stakeholders from educational institutions, academia, the government and technology companies. The partnerships will have to focus on creating an education ecosystem, by introducing the right curriculum which will equip students with practical skills in solving real-world problems at the foundational levels.

Academic Institutes have started playing their role in this deep tech space. IIIT-H Blockchain Center of Excellence, funded by Ripple, a blockchain based global money transfer player, in association with TalentSprint, launched a weekend contact program on Blockchain Technologies and Solutions. Infact, the first cohort of Blockchain experts from this Program are graduating in December end. IIIT-B also offers an online program on Blockchain.

India has a great opportunity in being a front-runner in Blockchain technology, provided focus on creating talent is high, and the same is implemented with rigor. Our talent pool can feed the global talent requirement which has so far been focused on generic technology skills.

CA vs MBA
Open Doors for New Opportunities with HR Payroll Course
A Career in Esports: Working in the Esports Business is Similar to Working in Any Other Industry
Aptitude Building from Early Age, Determines Winner
What Really Stops India from Reaching the Zenith of Excellence in Education?
Stay as a Student to Survive in this World of Dynamic Technologies