Home /ACADEMIC/Artificial Intelligence: Its impact on Education and Predictions for the Future

Artificial Intelligence: Its impact on Education and Predictions for the Future 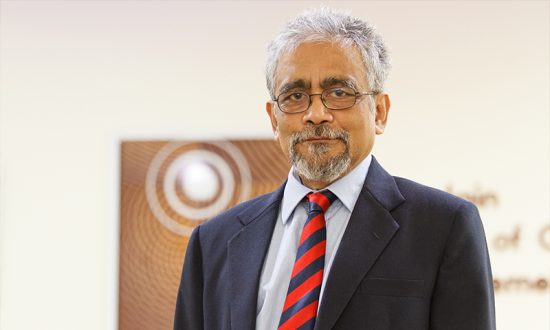 Dr. Debashis Guha is Director of Machine Learning at S P Jain School of Global Management where he carries out research and teaching in the fields of Machine Learning, Artificial Intelligence, and Data Science. Dr Guha has worked as a teacher, researcher, and a consultant for three decades in the area of Artificial Intelligence. Dr Guha has previously taught at the Administrative Staff College of India, Hyderabad, at Columbia University in New York, at the University of Texas at Dallas, Texas, and at Texas Christian University in Fort Worth, Texas. He began his professional career at Columbia University. Dr Guha has also served as Managing Director and Head of Quantitative Research at a hedge fund in Santa Monica, California, where he pioneered the use of AI techniques for investment management.

One of the principal goals for AI applications in Education is to adapt the learning materials and the learning process to every learner. Every student is unique and brings to the learning environment a unique set of socioeconomic, emotional, and educational backgrounds that are best served by a set of educational texts, audio, and video material and a learning process that is adapted to that background. Unfortunately, this is hardly ever the case in today’s educational institutions and most students use a standardised set of materials and a standard lecture format that can be tweaked only slightly for a specific student. One of the visions long articulated in AIEd Is the possibility of developing “smart textbooks” that incorporate web-based and other learning material and dynamically adapt themselves to the needs of the student. And these textbooks will be paired with an “Intelligent Tutoring System”, that monitors the student’s progress, or the lack of it provides contextual help, fetches other learning material as and when needed, and breaks down solutions to complex problems in order to enhance understanding.

An example of such an adaptive platform is  iTalk2Learn, an open-source European project to develop a mathematics tutoring system. It is meant for students of age 5-11. The system interacts with students through a speech interface, diagnoses learning gaps faced by students, and recommends lessons using an AI model.

As the iTalk2Learn project page explains:

The AI learning tool that is most familiar to the general public is Duolingo. It is available as a web or mobile-based app that has been used by millions of users to learn a wide variety of world languages such as French, Spanish, Japanese, Arabic, Hindi and others. It was developed by an AI researcher and is a very successful business.

Another area where AIEd is starting to have a lot of impacts is the design and development of new assessment systems. Traditional assessment tasks have two major shortcomings. First, they are deployed at discrete instants of time and thus provide only a few snapshots of the learning outcome. Also, they are standardised and the same test is administered to all students. AI-Ed promises major changes in this paradigm. Assessments can be based on continuous interactions with the student and monitoring of their learning actions such as speech in the case of iTalk2Learn and keystrokes in the case of AIDA, so that a continuous record of their learning is utilised rather than just a few snapshots. Also, assessments can be tailored to the needs and capabilities of each individual learner.

One such assessment system was developed at University College London (UCL) for English language testing. An assessment solution that is available commercially is assess.ai. It is used by the California Department of Human Resources, Singapore Assessment and Examinations Board and many others. It uses AI to generate and publish test items, mark essays, provide automated psychometrics, and proctor test-takers remotely.

An innovation that is widely used in AIEd is a gamification of the learning process and the use of tests and quizzes in a game format. For instance, Thinker Math is a mathematics learning system that uses games and rewards to motivate learners.

Another innovation that has appeared recently is the use of social networks to boost learning. Students can connect with their peers over a social network, compare notes, and learn from each other in a peer-to-peer setting which has been shown to enhance learning. These networks use the same AI tools that are used by other more mainstream platforms such as Facebook, Twitter, Instagram etc. to construct feeds and increase engagement.

One such network is Brainly which bills itself as the knowledge-sharing community where 350 million students and experts put their heads together to crack their toughest homework questions.

Although AIEd has been around for a long time and several AIEd tools have been available for a decade now, the field still lacks a truly breakthrough product. Intelligent textbooks are still a bit unwieldy and are not in wide use, Intelligent Tutoring Systems are limited to only a few areas of instruction and often feel a bit clunky. New directions such as intelligent examinations, gamification, and networked learning are yet to take off in a big way.

However, in the next ten years, we are likely to make more rapid progress in this area. The reason is that the critical algorithms and methodologies necessary to progress in AIEd have been introduced only recently. The most critical technology that is going to drive AIEd growth is the development of Large Language Models such as GPT-3 which are essential tools for designing dynamic textbooks and intelligent tutoring, especially those that need the advanced conversational capability. Another key invention is few-shot learning which will be necessary for dynamic adaptations in learning. This means that AIEd, a field that has seen less progress than was perhaps envisaged when it was launched in the 1990s, is poised for an explosive take-off.

Out-of-Class Students’ Assignments: Does it Really Work in the Era of the Digital Age?
The Importance of Liberal Arts Education – Today and in the Future
Face-to-face EduVersity: the New Blended Campus
The Importance of Sports Management
How Does Academic Research Complement Mainstream COP In Climate Diplomacy
How to Measure the Effectiveness of Online Training Programs?
CONTACT US