Are Mental Health Disorders a Concern in Higher Education? 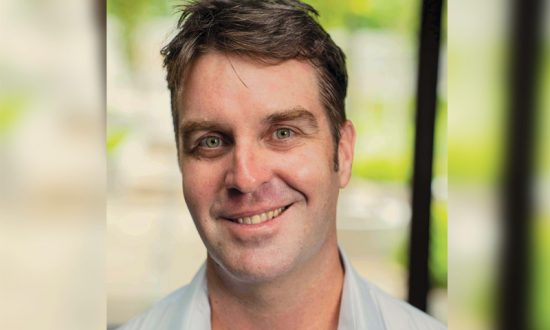 Passionate about education, leadership, team development, and all things health and wellness, Josh’s recent research was focused on building communities of wellness, with a particular interest in social, emotional, mental, and psychological well-being. This work has informed further research and development focused on holistic wellness, and in finding structures and approaches that schools and other community groups can adopt, implement and sustain. Joshua grew up in Australia and currently resides in Singapore with his wife Kristin, and two children, Lucy and Oliver.

Mental health disorders in children, and adolescents have continued to increase over the past 20 years, and the mental illness has continued to garner more attention as a result. However, the prevalence, causes, research, and understanding of mental health disorders in the higher education sector has received significantly less focus and attention.

A landmark study conducted by the American College Health Association (2012) involving 90,666 university-aged students across the US, found that 36.3% of students reported feeling of prolonged periods of sadness, 35.1% of respondents reported feelings of loneliness, 31.6% reported overwhelming anxiety, and 24.0% experienced feelings of hopelessness or depression that impaired regular functioning. The study created the initial catalyst for an increase in attention about the need for interventions, programs, and services to support the chronic shortage of available services, and to support an over-burdened higher education mental health care system. However, the ensuing action was limited, and there has been little improvement at the higher education level. Around 70-75% of US high school graduates attend college, but there are still significant drop-out rates, with drop-out rates increasing for those students who are black, Hispanic, American Indian, or from a lower socio-economic class. Despite the compelling evidence calling for change, and most mental disorder onset occurring before or during the university ages of 18-24, there has been limited research or success in meeting student needs.

Kruisselbrink Flatt conducted a qualitative study to identify the major factors leading to the increased number of reported mental health disorders at institutions of higher education. Kruisselbrink Flatt found the most significant six factors to be the increase in academic pressure, which may stem from the potential of over-inflated grades in high school; financial burden and the ever-increasing tuition costs, particularly at higher education institutions in the US; the movement to greater accessibility for students from all backgrounds, which is placing higher strain on mental health support services; the increase in the number of females pursuing higher education, because females are more likely to seek help; technology and the use of social media; and, the change in student lifestyle which often leads to an increase in drinking, and sexual behaviour. Furthermore, the transitional nature of college students who are establishing autonomy from parents; forming new relationships; adjusting to a new social environment; mastering new curriculum and instructional approaches; and, developing career plans, may be also be impacting.

At the university or college level students have reported elevated levels of psychological distress, depression, anxiety, stress, and interpersonal problems, which negatively affects academic performance. This could be further impacted by the non-compulsory education laws at higher education level, because students have the autonomy and responsibility to pursue their studies. Depression and anxiety disorders are a significant predictor of lower GPA, and higher drop-out rates. Anhedonia, or the reported decrease in pleasure or enjoyment in usual activities, is seen as being the strongest negative predictor of academic performance.

University and college campuses are recognizing the need to be more vigilant in identifying and meeting the needs of students suffering from mental health disorders. School-based universal mental health promotion and prevention programs have a well-established evidence base in K-12 education, and these programs have demonstrated moderate success in higher education. Universities and colleges have also reported moderate success with skill-oriented programs, such as cognitive-behavioural therapy, mindfulness, and meditation, that are implemented with supervised practice. However, the aforementioned programs have only demonstrated moderate success, and the resources available for students to self-report and seek help, are still lacking. Students suffer from the stigma of accepting and admitting to a mental health disorder, and when they seek help it is often difficult to get the immediate assistance that they require.

How SOAS Fellowship Added Value to Academic Upliftment
Enterprise Innovation in the Digital Age - Leadership Challenges
Relevance of an MBA in the Era of AI
How Blockchain is Revolutionizing Cyber Security
The Oxford College of Pharmacy: Redefining the Frontiers of Imparting Pharma Education
Integrity For Our Students – If Not Now, When?
CONTACT US