A Writer’s People: Ways of Looking and Feeling 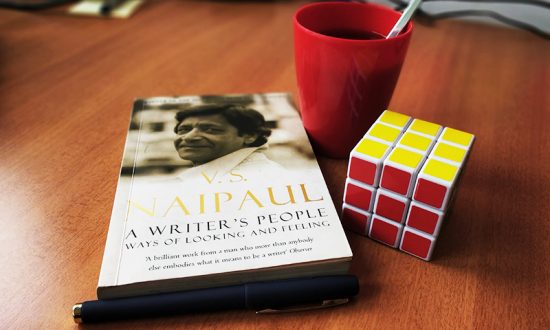 A nonfiction work is not everyone’s cup of tea, so does the book ‘A Writer’s People: Ways of Looking and Feeling’ written by the Nobel laurate, V.S. Naipaul. First published in 2007, A Writer’s People is Naipaul’s penultimate book and it talks about the works of other writers through a collection of five essays. The books itself is an amalgamation of reviews of several great literary works by people like Derek Walcott, Edgar Austin Mittelholzer, Samuel Selvon, Seepersad Naipaul (Naipaul’s father) Pandit Nehru, Mahatma Gandhi, Nirad C. Chaudhuri and many more.

Naipaul was in his mid of 70s when he wrote these essays and he proves that age is again just a number. Like a bottle of wine that gets better and better over the time, Naipaul’s writing skills and observations were at its best when he reached the book, A Writer’s People. As the ‘Observer’ observes, “As ever, Naipaul’s sentences are tightly coiled and muscular; they embody the very qualities they praise. His recapitulation of the movement of a poem by Virgil is as delectable as the poem itself. His characteristic excursions into the byways of history and autobiography are often revelatory, opening up new vistas.”

The Nobel Prize and the Booker winner’s oeuvre may have over 30 books including the famous “A House for Mr. Biswas” (published in 1961), but Naipaul has never attempted to write an autobiography, until he died at the age of 85. Naipaul always thought that fiction never lies and reveals a writer totally, but at the same time, an autobiography can distort, and facts can be realigned. However, those who want to know how he progressed as a writer and what influenced him to continue this job, A Writer’s People may give some insights.

The book starts with a small description of Naipaul’s childhood in Trinidad. There, he writes, “Sixteen years later, in Landon, in a darker time, when I had grown to feel that I would never get started as a writer, I remembered the street and the people, and the they gave me my first book.” Now, how did a person who thought he would never become a writer, became a Nobel Prize winning writer, is something that will make a reader curious to read more. Naipaul’s five essays that follow that small description will satisfy that curiosity. ‘A Writer’s People: Ways of Looking and Feeling’ is a must-read for young boys and girls who wish to become a writer like Naipaul.

Galloping Tales of Colorful Colonial Women
Poonachi: Or the Story of a Black Goat
On this Teachers Day, here are 3 Must-Read Books of APJ Abdul Kalam for Every Student
Understanding the Right Signals to Live the Life of a Leader
The Process of Making ‘New Engineers’
How to Make Our Education Better?