5 Indian Entrepreneurs Who Succeeded Without IIT or IIM Education 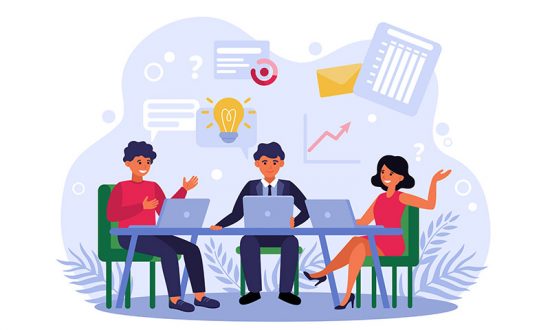 India’s education system is evolving every passing second. IITs and IIMs have proved themselves by the impact they have made in the entrepreneurial sector. When it comes to Start-ups, Corporate CEOs and Entrepreneurs and their pedigreed educational qualifications, the top names that first come into your mind are Indian Institute of Technology (IIT) and Indian Institute of Management (IIM). Naturally, parents want their kids to get into these two organizations to achieve the ultimate “success” in life. For some time now, a notable trend has been observed that most students who want to make it big in the corporate world, aim for these two institutes. But are these institutes really necessary to build a successful business, or make it huge in the corporate sector? Definitely NOT! There are many famous and successful Founders and CEOs in India who have never been to IIT or IIM. To add to the motivation for India’s young crowd, here are five such names, who clearly don’t owe their success to these two institutes:

With absolutely no connection with the IITs or IIMs, founder Vijay Shekhar Sharma made his way to the top with PayTm reaching everyone in the digital world. The journey from one 97 to PayTm whose current value is a little over $3 billion in the market in 2016, a dreamt when he was struggling to make ends meet with Rs 10 in the pocket. But he tasted victory the hard way. Nothing came easy for him. The tears he hides behind the chirpy self that he puts up in front of the world could not be hidden for long while recollecting his journey. Interestingly, it was not talking about his failures that brought tears in his eyes; it was his hard-earned victory.

The man who created one of the most successful education technology ventures in the country never went to an IIT or an IIM. Coming from a humble background, Byju did his schooling in Azhikode village in Kannur district of Kerala; his medium of instruction was Malayalam. His parents wanted him to be a doctor, but Byju went on to graduate from Government Engineering College in Kannur. He started his teaching career in 2006, and eventually went on to hire his own students (IIM graduates) in 2011 when he founded Think and Learn, the parent company to BYJU’s App. Today, BYJU’s is one of the newest Unicorns on the block. It has 2,300 employees and its investors include Mark Zuckerberg’s Chan-Zuckerberg Initiative.

A visionary who wants to change the way farming is done in India; Mr Amith Agarwal is the CEO and Co-founder of AgriBazaar.com. As the CEO of the company, Amith is actively building relationships and business opportunities by collaborating with state and central governments, agri-boards, cooperatives and Farmer Producer Network. In his pursuit to empower the agrarian sector through a sustained business approach, Amith laid the foundation of Agribazaar in the year 2016. He has been driving the vision and growth of the company ever since. Amith has done Executive Development Program (EDP) from Harvard Business School and is an MBA with specialization in Economics; Marketing from the Chetana Institute of Management & Research, Mumbai. He is also a member of CII, TiE and various state farmer and Industry associations.

If you ask the startup ecosystem about Ashish Hemrajani, many people will say he is an astute businessman. But those who have seen him up close focus on the character, ethics, and practicality he brings to the system. The Mumbai-based entrepreneur pursued his undergraduate degree from Mithibai College and went on to pursue his MBA from Sydenham College of Commerce and Economics. Ashish used to travel as far as 30 km for two years to pursue his master’s degree.

Ritesh Agarwal, a boy from a remote town of Bissam Cuttack in Odisha, started the business from a mere age of 17. He went to Indian School of Business and Finance in Delhi. At the age of 18, he started OYO Rooms, India’s largest budget hotel chain, spread across more than 160 cities.

Journey From An Associate To An AVP
The Ultimate Student Guide 2022 to Studying Hospitality Management
The Long and Winding Road to Embarking on A Career in Semiconductors
Kasol to 'Kasole'
A chance encounter with e-learning and the way forward: A teacher’s perspective
New Entrepreneurs Need to Think from the Point of ‘New Normal’ and Move Ahead
CONTACT US