Why You Must Reinvent Yourself–And Your Company–Every 3.5 Years 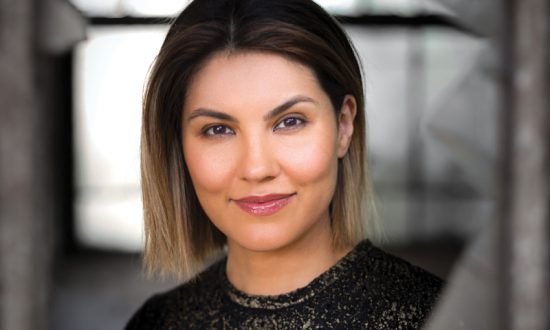 Called ‘The Reinvention Guru’ by In Ventures magazine and ‘The Queen of Reinvention’ by TEDx Navasink, Dr. Nadya Zhexembayeva is a scientist, entrepreneur, and author specializing in resilience and reinvention. As a consultant, Nadya has helped such organizations as The Coca-Cola Company, ERG, Kohler, L’Oreal, IBM, CISCO, Erste Bank, Henkel, Knauf Insulation & many others to reinvent their products, processes, & leadership practices. As an educator, Nadya personally contributed to the development of more than 10,000 executives from over 60 countries & 20 industries. For nearly 10 years, Nadya taught courses in leadership, strategy & sustainability at IEDC- Bled School of Management, an executive education centre based in the Slovene Alps. In addition to IEDC, Nadya has been teaching in business schools around the world, including Case’s Weatherhead School of Management (USA), IPADE Business School (Mexico), and CEDEP (France), where she also contributes to the Academic Committee of the school.

Ask any manager on planet Earth, “What is your key challenge?” and among many different responses one will strike you with remarkable consistency: Staying afloat. The fast-moving roller-coaster economy we live in today makes this task increasingly difficult. Just as we handle one crisis, another one looms around the corner. How can we survive – and even thrive?

The answer is the one you’ve heard before: We must consistently remake who we are, what we offer, and how we deliver our offerings to the world. Put it simply, we must reinvent. What you may not have heard before is this: Today, the frequency with which our reinvention must take place is staggering. Essentially, we must become a new company every three years.

Once upon a time, our companies enjoyed long and healthy lives, with a slow rise to the top of financial performance and a gradual decline to annihilation. The rate of change was so slow that reinvention was rarely needed–and when it was, we had all the time in the world to renew our business on our term. 2007 book by the brilliant thinker Nassim Nicholas Taleb titled “The Black Swan: The Impact of the Highly Improbable” introduced us to an idea of “black swan”—a high profile, hard-to-predict, and rare event that is beyond the realm of normal expectations in history, science, finance, and technology. There is no question that such event, if it happens, should highly impact our business.

And the key word in the definition of “black swan” is rare.

Indeed, a long time ago, when the organizational (and cultural) cycles were long and change was rare, black swans were rarely seen.

But the fairy tale is long gone.

Today, the situation is drastically different. I type these words in June of 2019—on a remote location working with a global client on scenarios that it [the client] should be ready for: the uncertain future of Brexit, the unclear results of US-China (and the whole world) trade war, emerging threats of new violent conflict in Iran, new deaths in Sudan uprising, every kind of threat of ecological disaster from climate change to loss of species to catastrophic disappearance of forests, and much more…

Here, no matter what sophisticated analysis of the past I bet on, it says little about survival in the future.

At the moment, all the swans look black.

The increasing level of globalization powered by the ever-increasing access to knowledge (think Google, free online courses, MOOCs, Khan Academy, etc), means that more of us are inventing every day and sharing those inventions globally, than ever before. There is more start up activity today than ever, but they also continue to die at a high rate: only one-third survives to the 10-year mark. With all these pressures, the demand for corporate (economic, communal, and personal) reinvention has grown even further. Today, the life cycle of the company is much closer to 5-7 years than it is to 15 years.

Does it mean that we are all doomed? Absolutely not. What separates companies that survive from those that go down is the ability to start a new lifecycle, to pivot their company far enough from the path of destruction to find a new opportunity for growth:

But if before you had 30+ years to reach the prime, today you might only have 3 years. That means that barely 2-3 years into your existing business reality, you must start the reinvention cycle anew.

Shocking, isn’t it? Kodak and Nokia thought so, too. Kodak had been the staple of American culture throughout 20th century, selling at one point 90% of all photographic film and 85% of all cameras in the United States. Nokia had been the number one cell phone seller from 1998 to 2007, controlling at its prime 40% of the entire global handset market. Yet, Kodak filed for bankruptcy in 2012, while Nokia was forced to sell its telecom business to Microsoft in 2013 to save itself from its own bankruptcy.

The business you are in today cannot be the business you’ll be in 3 years from now. By then, you are either entering your new business or you are on the way to extinction. Period.

Role of Financial Literacy in Empowering Youth
How to Test and Trust Your Intuition
Is Virtual Reality the Future of Education?
How to Connect the World’s Most Promising Talents to the Best-in-Class Education and Opportunities
What Traditional Schools Can’t Teach You Enough Of? Innovation & Creativity
NexConnect: Helping Underprivileged Children Enjoy Their RIGHT TO EDUCATION
CONTACT US