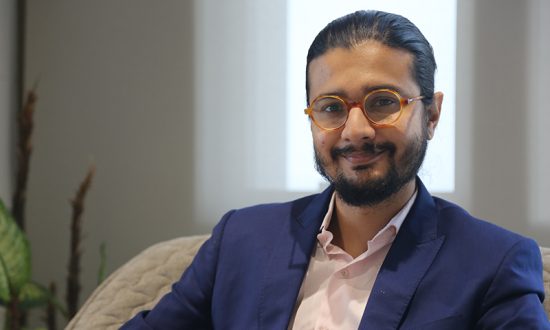 Kunal Mehra is the International Education Consultant for Crimson’s India office. He has spent over 16 years in the Education sector across different verticals including holding positions at some of the world’s leading education and technology companies such as Coursera and the College Board. At the College Board, Kunal was the Director South Asia at the College Board, looking over the expansion of College Board programs such as SAT and AP in India. Kunal was also part of the core founding team at a Law and Technology company, Rainmaker, which built the Bar Exam in India and also built one of India’s first asynchronous learning platform – myLaw.net. Kunal graduated with a bachelor’s in economics from University of Delhi and had admits from the Wharton School (MBA) and the North-western University (Accelerated JD).

The benefits of International education at Top US and UK universities have always been long debated and they have always weighed heavier on the pros than the cons. This has largely been due to these universities’ emphasis on holistic education, imparting real world skills as well as the ability for their students to open doors to opportunities in the most competitive workplaces across the globe.

The US and UK universities are already considered the most “sought-after higher education systems in the world,” and while we saw a downward trend in 2020 and 2021 largely due to an unprecedented situation globally, however, 2022 created a new record in terms of number of international student applications across both continents. Many attribute the increase, especially among underrepresented racial and ethnic groups and low-income students, to relaxing (and in some cases eliminating) the ACT and SAT testing requirements, outreach efforts by top universities, in the form of increased efforts to reach new students worldwide through online recruiting as well as a growing concern among parents and students around the capabilities of developed countries to weather the storm in case of another global crisis in future.

In June 2022, US universities reported a marked recovery from the sharp decline many experienced in international student enrollment over the course of the pandemic. While a few reported numbers similar to last year’s Class of 2025, some acceptance rates were much lower. Harvard only accepted 3.19% of its 61,220 applicants and University of Pennsylvania only reported 4.40% of its applicants received admittance letters!

This year has proven to be perhaps one of the most competitive in the history of the Ivy League and top 50 Universities globally. Acceptance rates are decreasing or holding steady at record-low rates across all Ivy League schools. This ongoing trend is likely due in part to the following:

Let’s take a closer look at some of the underlying trends, which made this admission cycle, one of the most competitive cycle till date.

Pent-up demand in international enrollment:
The onset of the pandemic saw business and border closures across the world and it was almost a year before there was some sense to be found in this chaos. Universities and students were forced to adapt digital learning pedagogies, as most students couldn’t migrate for their on-campus classes. Not only did this dishearten the students but also the campus culture at top universities. Top US and UK Universities are making a swift recovery from the drop in international applications attributed to the pandemic in 2022-2023.

Uncertainty of the post-pandemic world

One of the big outcomes of the last 2 years has been a realization that we live in an uncertain world and how resources will play a huge role in future. More and more international students recognize the value of a quality education and how it opens doors to a world that’s perhaps more well-resourced than their home country.

A large number of US universities implemented the test optional policies last year, which they have opted to extend in light of the continued after effects of the global pandemic. With countless tests canceled and many students unable to get to open testing centers in 2020, and with the potential for another year of uncertainty ahead, many colleges have made test scores optional for at least one more year to pre-emptively ease the burden on students with little or no access to testing opportunities.

Test optional colleges accept but do not require SAT or ACT test scores. It’s entirely up to students – whether they want to submit their test scores or not. If they have scored below average, then they may choose not to disclose the score and work on improving their application in other areas.

Some schools have gone a step further and declared that test scores will be optional beyond 2022 (whether that be for an additional 2-3 years or permanently needs to be seen).

High school students today are relooking at the value and potential of their university education, through the lens of the pandemic aftermath.  The pandemic has driven student interests to host of newly created programs offered at different universities – some as newly introduced modules and others simply as pivots by universities, towards digital learning. The number of students who are now making applications to both US and UK universities is on a constant surge post pandemic, largely owing to students making the most of this new hybrid form of delivery, and looking at their options through a redefined lens.

In general, more students applied to the Ivies than ever before. The University of Pennsylvania and Yale University saw a slight increase in acceptance rates, but minimal in the overall admittance picture, while Harvard reported its lowest acceptance rate in history!

The world of international college admissions is still adapting to the after effects of the pandemic and it’s important to remember the schools in the Ivy League are some of the most selective schools in the world. Tens of thousands of students apply every year, and a tiny percentage actually get accepted. However, International students, especially Indian students, are increasingly becoming aware of the potential and quality of education imparted by universities beyond the ‘usual suspects’, the ivies and other top brands such as Oxbridge, Stanford, LSE etc. Students are now open to applying to a wider gamut of schools and programs (going beyond STEM and Business education) to explore lesser known but equally rewarding areas of study including social sciences, humanities, as well as Liberal Arts and the creative arts.

I firmly believe that the interest in these areas and in the lesser known but equally well placed brands in global higher education is only going to go up from here, leading to an even sharper surge in international student applications in the immediate future.

Ready and Willing? Higher Education’s (Increasing) Challenges to Recruit Individuals as the Next Department Chair
AI: Arguing its Place in Higher Education
Dimensions of Diversification
What Leadership Means in the Ed Sector – Leadership Through Teaching
Relevance of an MBA in the Era of AI
An Analysis of the Role of Design Thinking in Solving Problems and Encouraging Creativity in Higher Education
CONTACT US