Training – A ‘Missing Link’ in the Education System? 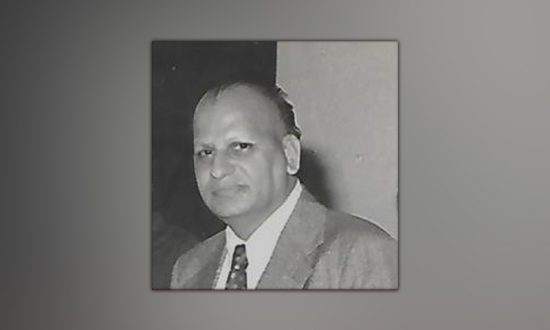 C.V. Govinda Raju qualified in Electrical Engineering from the University Visveswaraya College of Engineering, Bangalore, in 1961. He served M/s Visveswaraya Iron & Steelworks, Bhadravathi for 25 years in various capacities and was instrumental in executing several major Steel expansion projects for the company. His services were drawn by Govt. of Karnataka on deputation & he was posted as the Executive Director of KAVIKA (Karnataka Vidyuth Karkhane Ltd., Bangalore, from 1978 – 1982. He was instrumental in turning this sick company into a profit-making unit & wiped out all its accumulated losses by introducing several production line improvements and product diversification improvements.

When I graduated as an Electrical Engineer from a reputed engineering college and joined an industry, I was offered the post of a “Graduate Apprentice” with a probationary period of one year with the condition that my confirmation in the company was linked with the performance during the apprentice period. When I received the engineering degree in my hands, I had dreamt that the University had given me all the necessary theoretical and practical tools and knowledge required to take up an engineer’s role in any industry. When I joined the industry, I was handed over a schedule of orientation in various departments of the industry as part of the induction programme, in order to facilitate understanding the interdepartmental functions, their role in the overall organisation etc. Of course, this is understandable. But what was boggling my mind was why should I be kept on ‘apprenticeship’ when I have successfully graduated with distinction? I even checked with my classmates who had joined elsewhere. To my shocking surprise, they too had similar experiences of being designated as “Probationers”, “Trainees” etc..etc. The fact that dawned immediately was, the country all over did not accept that fresh Graduates & Diploma Holders coming out of their academic campus, can directly discharge their duties as Engineers, until and unless they pass through the phase of “TRAINING”. I then realised that something still lacking in me that the University had failed to impart. Unless I devote myself to acquiring the missing knowledge or practical experience, I would not be accepted and given responsibilities. There was no structured programme of training prescribed for me. However, I was a part of a troubleshooting team, consisting of Electricians / Technicians, trying to understand the basic working of the equipment, devices and their process controls, trying to understand reasons for their non-performance or failures and remedial measures taken thereafter to make them functional. It is then I realised the necessity of understanding the drawings, knowledge of basic automation tools and controls used for practical application in the modern Industrial drives etc., which was really missing in my academic studies and the textbook knowledge I had acquired, was totally outdated. Even the basic tools and gadgets used in the day to day industrial controls looked like objects from an Extra-Terrestrial World. The technicians and electricians (whom I was later supposed to supervise & guide) became my tutors to impart the most essential missing link, in their own humble way. I then realised the importance of the “Training Phase” before a fresher can be groomed into a Professional.

When I subsequently visited Germany for higher Technical training, I had the opportunity of meeting students who were pursuing their Technical courses in schools, who were also attending practical training in the factories daily. In the morning hours they used to attend theoretical lectures in their schools & in the afternoons, they would attend the factory for practical work/training. These students were also getting a small stipend from the industry to meet their expenses. I had seen many of them wiring the control panels based on the drawings given to them & test the control system after wiring is completed. There was also very good interaction between the industry and the institutions’ teaching staff from where these trainees were coming from. This interaction between the industry and the teaching staff of the institution helped periodic updating of the academic syllabus from time to time keeping in touch with the latest developments. There was a constant exchange of information between industry and the University, and between the research wing of the factory and the teaching faculty to wipe out the missing links, in the curriculum if any. The so-called “APPRENTICE” phase was completed even before the students graduated.

A few years later, I attended a technical meeting with General Electric Co. USA (Power plant Division). When I landed at their plant, I saw two busloads of Chinese delegation numbering about 35 / 40 persons getting down from the buses & walking into the GE plant. When I met the GE official, on casual enquiry, he informed me that GE had received an order from the Chinese Govt. for two identical Power plants. Under the terms and conditions of the order, GE had to train about 40 Engineers in various fields of the Power plant project for about 4/5 months. Out of this team, I had seen several persons of the age group 60+ & I was informed that these seniors were Professors from Chinese University to be trained by GE on the latest Power Plant technology. These Professors, after going back, will have to introduce the new technology into their university syllabus. Regarding accommodation, he informed me that all of them were provided a hostel with a Common kitchen & cooking facility.

From the above, the Chinese Govt’s objective was not only to get exposure of training to as many engineers as possible at the lowest cost but also to utilise it for upgrading the syllabus at their universities.  With this philosophy, it is no wonder China has progressed very fast in the field of technology.

Though the above-cited case refers to students coming out of Electrical Engineering faculty, similar MISSING LINKS exist among the students coming out of other faculties, like Mechanical or Civil Engineering and so on. It is needless to mention here that the introduction of the above Practical training to the students during their study phase will in no way alter/ affect their student career, however, provide an additional exposure to the participants to bridge the “MISSING LINK”. 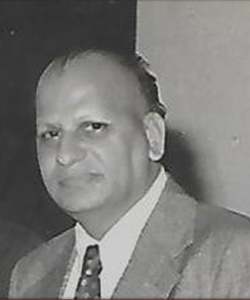 Govinda Raju’s services were drawn on deputation by the Industrial Systems group of BHEL to plan & execute a major project (Hot strip mill Modernisation) at Rourkela steel plant. He was instrumental in introducing, for the First time at BHEL, for this project, a computerised Project Evaluation Review Technique (PERT Network) for monitoring & execution of this project which enabled the completion of this project in a record plant shutdown time of 51 days as against six to nine months of total plant shut down asked by the foreign equipment suppliers.

Govinda Raju joined the ISPAT Group which has steel plants in India & all over the world and served this group for 17 years & was involved in the execution of three major Steel plant projects for the group. During this period he also worked for Mr L.N.Mittal ( Arcelor Mittal ) who is presently the No.1 largest steel major globally. He retired as the president of ISPAT Group company.

Role of Financial Literacy in Empowering Youth
How to Test and Trust Your Intuition
Is Virtual Reality the Future of Education?
How to Connect the World’s Most Promising Talents to the Best-in-Class Education and Opportunities
Importance of Transforming India’s Existing K12 Ecosystem
Importance of Preparing Students for an AI Ready Future
CONTACT US