The Shift in Scientific Research and Education Post COVID-19 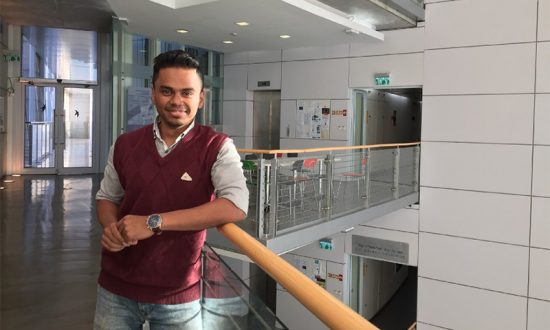 Mr. Sandipan Dasgupta is an Indian Ph.D. candidate in the lab of Prof. Jeffrey Gerst at the Department of Molecular Genetics, Weizmann Institute of Science, Israel. His research program seeks to understand how cells communicate between themselves by transferring and sharing mRNA’s and how it affects the biological function. Sandipan is also the co-founder of Weizmann Biotech Club, Israel’s first student-run professional forum for individuals interested in exploring the biotech and pharmaceutical industry which is actively engaged in fostering Israel-India trade relations. The major goal of the club is to provide information about the ins and outs of the biotech industry while facilitating connections and mentorships with the senior leaders of the Israel biotech industry.

Until January 2020, life sciences were approached differently. The pandemic has been largely a watershed moment in the history of biological research. Not just has it brought science and scientists on the forefront, but also it has changed the way research is performed from biology and allied domains. However, the questions remain if the change will persist or are the old ways of going to re-emerge. How would such a change impact young scientists who are starting their careers in the coming few years?

For the most part, basic research is funded by federal or non-profit entities with the aim to answer curiosity-driven questions. For example, in the United States, federal agencies such as the National Science Foundation (NSF) provided for $8 billion to support foundational research while agencies such as the National Institutes of Health (NIH) provided more than $40 billion to support applied biological research. This should not come at a surprise as the return-on-investment is more apparent for applied science. However, the pandemic has reminded us that all vaccines, tests, therapies are all possible because of years of basic research. Now more than ever it makes, to underwrite basic research and we can expect an influx of funds towards basic science.

The pandemic has also accelerated an already growing pattern of funding of early-stage research by industry. Even before the pandemic, industry funding has been growing steadily from the ’80s. Large pharmaceutical companies are not just supporting their internal research programs but also external research programs at early-stage biotech’s and universities in an attempt to insource innovation. In the first quarter of 2020, leading US-based life science venture firms raised more than $5.5 billion to support early-stage R&D companies. While the COVID-19 pandemic has created temporary operational disruptions in the biotech industry (e.g. delayed clinical trials), the pre-pandemic momentum is expected to return and in fact, pick up. This is expected to directly translate to higher demand for skilled manpower entering the biotech workforce.

We are all aware of the incredible amount of research articles (albeit, most of them being non-peer-reviewed) being published during the past few months. While most of the world has been working from home, many scientists, including many Ph.D. students, have been working in the lab round the clock trying to unlock the coronavirus conundrum. The increased productivity is primarily driven by the unprecedented level of collaboration and partnerships between scientists of complementary expertise. This is in sharp contrast to traditional research practice where Ph.D. level researchers
have a narrow research focus resulting in only a few people sharing an equally vested interest in solving a particular scientific problem. COVID-19 has forced science to change from a curiosity-driven exercise to a goal-driven one, which has led to increased productivity. As discussed previously, if biological research receives more capital support, the traditional model will need to evolve to a more goal-driven approach towards higher efficiency.

Storytelling to be a part of scientific training

Prior to COVID-19, science communication on mainstream media was limited to a half-a-page section in print media with limited readership. COVID-19 has brought with itself, an avalanche of news reports and information overdose of scientific developments on coronavirus research with expected timelines for vaccines. However, since our knowledge evolves with more experiments and studies, the information may appear to be conflicting to general people and policymakers. This, in turn, not just creates hysteria but can also lead to catastrophic disease management policies. Thus, it
becomes an ethical consideration for scientists to inform the public about the science behind the disease in a lucid way to avoid misinformation.

Science and society have been integral parts of each other. It has become as important to communicate science as it is to pursue it. The rise of the internet and social media has fuelled the popularity of blogs and podcasts providing commentary on the latest scientific developments however it suffers from limited penetration. A recent article from the World Economic Forum argues that if science were to be involved in evidence-based decision making, scientists need to become excellent communicators. COVID-19 has made the world more willing to listen to the scientist’s narrative. Storytelling, thus, will likely become one of the key attributes of scientific training.

The COVID-19 pandemic has been a terrible chapter in human history but has also presented an opportunity to reinvent traditional methods of doing science. Young scientists who either planning to e or entering the workforce can contribute to evolving science to be more open, teamwork driven, and interactive.

Time to be “Agile” and not “Fragile” – A reframed perspective on Career Development
Educational Technology Trends in the 21st century
Reconstructing Narratives: A Bridge for the Next Generations
What Makes Public Relations a Fascinating Career Choice
Dr. Puttaraju- An Epitome of Determination and Perseverance
Seth Anandram Jaipuria School, Kanpur becomes a Global Member of Round Square
CONTACT US