Home /INDUSTRY PERSPECTIVE/The Future of Education is Virtual: A look into AR/VR in Learning

The Future of Education is Virtual: A look into AR/VR in Learning 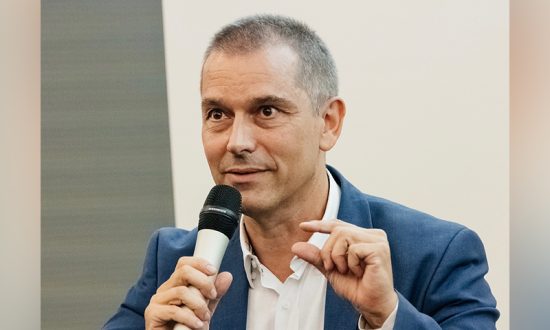 Franck Milet is the CEO and Founder of Secondworld.ch, running 4 VR centres in Romandie, and VR4Business, a company focused on bringing the power of VR to the business world. He is a serial entrepreneur, previously leading various start-ups in the automotive and luxury goods industry. A telecom engineer by training Franck headed teams in the areas of consumer experience, networks, governance and project management in multinationals such as France Telecom, Nokia, Orange Suisse/Salt and Sommet Education. He holds engineering degrees from the Institut National des Telecommunications in Paris. After trying Virtual Reality, Franck saw an opportunity in the Swiss market and immediately brought together Virtual Reality and his passion for gaming to create Secondworld. His vision was to bring VR closer to society and explore its potential. His motto: Tech to the people! is a reminder of his focus: make VR an experience pleasant, useful and accessible to all.

Virtual Reality can be defined as a technology that has the power to transport the user to a place where he actually is not.

Initially based on computers with a simple screen and sometimes a device transmitting haptic feedback (i.e. able to reproduce vibrations or simulate resistance to movement), it is now relying on much more immersive technologies, the most prominent these days being Head-Mounted Displays (HMDs).

Experiences already exist for a few years that can immerse the user in the human body(1) and understand how it works “from the inside”, or learn languages in a fun and efficient way, or visualise molecules and play with them in order to understand why atoms are assembled in a certain way. Virtual Reality provides here multiple benefits :

The first point has actually been researched and demonstrated by PWC(3), with the conclusion that learners were 4x more focused than e-learners, learned 4x quicker and show 2.75 x the confidence to use the learning in real life. In essence, VR allows for quicker learning, with more persistent effects, and greater efficiency in real life.

So you might ask… what are we waiting for? Every classroom should have a set of VR headsets and content!
Well, at least in Europe, it’s not yet the case.

For sure, there are already a few use cases in place. For instance in hospitality, where simulations can teach students how to manage customers, or test their skills in fixing a room according to standards, but currently, it’s more an exception than a rule.
A few elements can explain this :
– Academia is traditionally slow to evolve and open to new methods. How many “interactive whiteboards” are still used as decorations in classrooms?

The price point is no longer an argument, as for instance, the PicoNeo3 headset sells for a price that is quite similar to an entry-level Ipad. And it’s even less of an argument in Switzerland where the level of life is quite high and schools sufficiently funded.

In their quest to bring Technology to the People, VR4business has been approaching various institutions and has drawn the following perspective as to how Virtual Reality could penetrate the education world.

Tech hasn’t been a problem for 5 to 6 years and is becoming easier to use every 18 months, with a trend that is even accelerating. The issue is somewhere else: perception. For instance we frequently still get the “will I get dizzy?” question when new users are presented with a VR experience. The remedy here is to get people under the headset and let them see by themselves! Success is 99% guaranteed.

Educational content is a bit peculiar in the sense that it has to fit a course, which isn’t always the case with off-the-shelf content and has to be localized. Whereas there’s a lot of English language content, the same can not be said of Spanish, french or german for instance.

Even with a perfect product for a given population, it could well be that headsets would be left to gather dust in a cupboard if there isn’t a member of the Faculty with a strong interest to try out the technology.

We believe that the 3 elements combined, in the swiss context, and probably extending to Europe, are key to propagating the good news and spreading the benefits of Virtual Reality into the educational world. As we write, it looks like this trio has been successful in triggering one of our projects, and we will soon be able to announce a joint project between VR4Business and one of the swiss Haute Ecole.