Promoting Education and Research in Local Governance and Sustainable Development 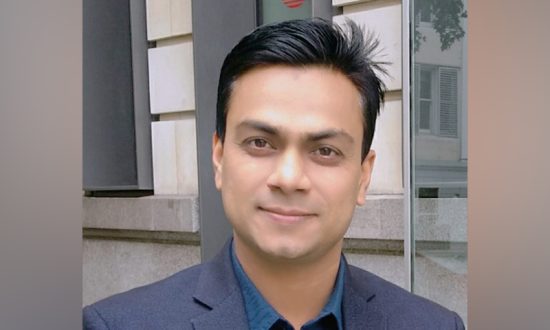 Dr Mohammad Tarikul Islam is an emerging political scientist from South Asia. Dr Islam is an Associate Professor in the Department of Government and Politics, Jahangirnagar University. Prior to joining the university, Professor Islam spent seven years researching, publishing, and project management for the United Nations Development Programme. Professor Islam has already gained academic fame by joining Oxford University, Cambridge University, and the School of Oriental and African Studies (University of London) as a Visiting Scholar. The Higher Education Digest magazine proudly acknowledges the regular contribution of this brilliant South Asian scholar. In this article, Dr Islam emphasizes the promotion of education and research in local governance and sustainable development.

You know, the local government not only ensures improving access to basic services but provides an effective platform for the community people to participate in the decision-making and development process undertaken for them. Strengthening local government in rural Bangladesh is perhaps the only viable solution by which government can translate policies into inclusive development and prosperity.

The endeavor of the Bangladesh government toward the “localization” of global agendas is progressively expanding to the grassroots level. It is a testimony of the strength of our collective endeavor. The Local Government (Union Parishad) Act of 2009 strengthens the local government by incorporating the global best practices for direct participation of active citizens in planning and social accountability.

For instance, past observations of local government in Bangladesh show that the successive governments had to establish some kind of local government structure in order to mobilize the support of the rural communities in their favor by providing welfare measures. Apparently, the colonial pattern of administration in the local government has been categorized as elitist and alienated nature.

Administrative officials working in the local government are bureaucratic and alienated from the people, and therefore, people cannot properly take part in different activities of local government at the grassroots level in South Asia. The weakness of its socio-economic base remains a key obstacle in the way of democratic education through local government. The unequal economic structure trends to influence the local bodies by the pro-partied class.

They often tend to suit their class interest and purposes. As a result, LG cannot render proper services to the people at the local level. Besides, the presence of the local elite dissuades the general public from participating in the local government, which results in a less effective local government. In rural South Asia, this remains a major impediment to popular participation in local-level elections. Such attitude results put the candidates who have lost and their supporters in conflict with the winners.

Consequently, they do not cooperate with the winners, resulting in a challenging situation for the functioning of the elected council. Politico-administrative contradictions often disrupt the very functioning of local government. Hence, local government could not successfully provide opportunities to the people, irrespective of party affiliation, to participate in the development activities.

The local government is the only institution to ensure good governance, development planning, implementation, transparency, and accountability for rural areas in Bangladesh. The Local Government (UP) Act 2009 introduces the concept of a Standing Committee (SC) in the UP to support the Parishad in ensuring transparency, accountability, and people’s participation in planning and implementation for ensuring better governance and service. SC helps drive decision and provide an important means of oversight on the function of governing bodies.

The reasons behind the sluggish performance of SC may be attributed to a number of factors such as lack of initiatives of UP members, lack of pressure from the common people, lack of political pressure, lack of skills required for planning and implementing development programs at the local level, no specific terms of references of SC and unwillingness on the part of UP Chairman to delegate authority. Ignorance and reluctance appear as impediments to the effectiveness of the committee and low participation of the members in the committee meeting signposts that fruitful discussions are not held in the committee meetings.

As COVID-19 upends lives and livelihoods across the country, the government must stress a range of multilateral solutions to ease the pandemic, while also getting back on track towards achieving SDGs. If the 2030 global agenda is implemented at the local level on the basis of partnership with people of all segments of society, a massive socio-economic, environmental and ecological development will occur and the targets of SDGs will then be easily achieved.

SDGs localization plan would be a quick-yielding panacea to counteract the COVID-19 fallout both in the medium and long term. Acknowledging the vital role of local government in the achievement of the SDGs will enable us to mobilize local stakeholders and create new partnerships, based on a common understanding of our shared humanity.

We must remember that a critical challenge encountered in the early implementation of the MDGs as opposed to the SDGs was the initial lack of grassroots consultation and support and, most importantly, community ownership. Local government must have the means and the capacity to improve administration, anticipate demands, and plan and implement solutions. To upscale efforts, we need greater cooperation and national and international coordination mechanisms, as well as enough resources to make this happen. It needs to ensure that citizens are involved in the decisions that affect their future.

Effective, accountable, and transparent institutions and responsive, inclusive, participatory, and representative decision-making at all levels require a clear institutional framework, reinforced management and planning capacities, participatory mechanisms, and regular financial negotiations between all levels of government and local communities to define priorities and plan of action. It is deceptive that participation is the key to the inclusion of community people in development efforts and the human element in development efforts persuades managing change in an effective manner.

The government strives to foster dialogue with all stakeholders through the Local 2030 initiative and to mobilize a multi-level coalition around localization, which can accelerate our efforts while setting enabling national frameworks that empower local actors to develop and lead their own strategies aligned with the SDGs. Empowering local government has become imperative for putting rural Bangladesh on the track to inclusive development and prosperity.