Overt and Covert Impact of Continuous Rescheduling of NEET Exam Date 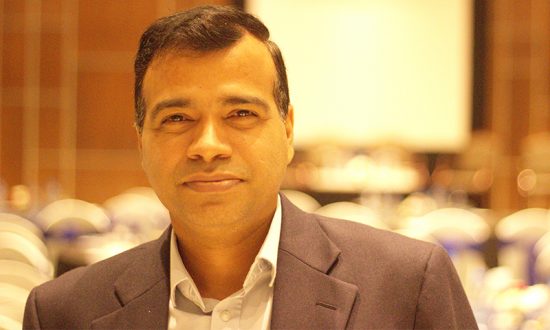 In 2020, more than 13% of students had scored above 90% in CBSE which caused the cut-off percentage of colleges/universities to increase. Will similar circumstances in 2021 also lead to a harder enrolment process for students? Cases of discrepancies, whereby a student doesn’t get the marks s/he deserves, which ultimately affects his/her acceptance into various reputed colleges, are also on the rise. Besides, UGC has announced the rescheduled date for NEET Exams along with a new question pattern. In an interaction with Higher Education Digest,  Vivek Jain, Chief Business Officer, Shiksha.com and Naukri FastForward, talks about the overt and covert impact of continuous rescheduling of NEET exam date and 40:30:30 scoring system for CBSE Class 12 Board Exams on the enrolment procedure of students into UG Courses and much more.

How will the constant re-scheduling of NEET Exams and the announcement of a new exam pattern affect the students’ performance and enrolment into various medical colleges?

With the Covid-19 second wave still persisting in some parts of the country and the fears of the third wave, the medical aspirants are worried. Adding to an already tense situation is the constant rescheduling of NEET 2021, followed by the announcement regarding the new question pattern for the exam.

Repetitive revision of NEET 2021 exam dates, fear of further rescheduling due to protest by a section of students and predicted third wave of Covid, is putting the students under a lot of pressure. I hope that students will be able to regain their motivation to study in these circumstances. The inclusion of optional questions in one section of the paper has heightened the tension of some students while effectively reducing burden from others. An easier exam does not mean easier route to securing admissions. The new exam pattern would enable more students to score high marks, however, ranks matter more than marks. Easier exam means stronger focus on accuracy and speed.

The announcement of CUCET and the subsequent decision of UGC regarding its non-implementation in the current session has hampered the preparation of students.Will thereby indirectly affect their enrolment.

The expectation regarding UGC implementation of CUCET for the 2021-22 admissions made students plan and prepare for the common exam. To deal with the intense competition among today’s generation, students start preparing for the entrance examinations of their preferred colleges well in advance. Sudden implementation of CUCET would have meant  that their preparation for individual universities would have been futile if a common entrance exam was conducted for all central universities of India. The syllabus required for CUCET would have been vastly different from what they are preparing for at present and the aspirants would not have had enough time to cover the necessary topics.

However, the students heaved a sigh of relief when UGC on July 18 declared that due to logistical constraints and other issues cropping up due to the pandemic, the CUCET will not be conducted in 2021 and shall begin in the 2022-23 academic session. Hopefully, this derailment won’t have negative implications on the preparations made by the students and ultimately will not affect their enrolment into undergraduate courses.

How will the new marking pattern 40:30:30 for CBSE Class 12 Exam result impact the Undergraduate enrolment process?

CBSE had rolled out a new marking pattern to account for the cancellation of Class 12 Board exams. The new formula followed a 40:30:30 ratio, wherein 40%, 30% and 30% weightage was given to previous results of Class 12, Class 11 and Class 10, respectively, after which aggregate scores were awarded to the students.

The particular schools had the sole power to determine which exams would be taken into consideration, whether it was unit tests, midterms or pre-boards. Adding to this discretion, different schools also had their individual scoring methods, evaluation patterns and style of setting the question paper, which influenced the marks sent to the Central Board. Based on these characteristics, the marks released by different schools were likely to be widely different. However, to ensure parity of marks, a moderation committee was set up.

Once the CBSE Class 12 Board results were released, it was reported that over 1.50 lakh students secured above 90% but below 95%, while 70,004 students had scored above 95% . In a situation similar to last year, such a hike demands that the colleges and universities increase their cut-off percentages, to keep in tandem with the present academic milieu. This would inturn makemake the enrolment process harder for students. However, if discrepancies start arising, like they did last year, where a student is not awarded the marks s/he deserves, their admission to UG courses will be hampered.

What the future holds for these students will be revealed in due time.

The COVID-19 pandemic brings with itself uncertainty. The oscillation between improving and worsening situations has landed universities and colleges in a state of confusion. Higher education institutes, which are preparing for the intake of fresh undergraduate students, are unsure regarding their enrolment process. Despite the number of incremental cases coming down, the concerns regarding possible third wave have made scheduling of offline entrance exams a big challenge.

Moreover, cancellation of Class 12 Board exams and the implementation of a new formula for evaluation, 40:30:30, poses other issues for the universities and colleges to tackle. Overall uniform marks, as well as discrepancies in the marks awarded, have made some universities rethink their decision to enrol students on the basis of merit and have compelled them to consider an entrance examination.

This decision regarding the mode of enrolment, be it merit or entrance-based, will completely be under the particular college or university’s jurisdiction. If entrance-based, colleges and universities will also have to contemplate whether the exam will be held offline or online.

Will UGC’s deadline for the admission process of UG courses negatively impact the enrolment process of students due to the time constraint placed on universities/colleges?

On July 16, the UGC released the academic calendar for the session 2021-22. As per the notice, the higher education institutes are asked to complete their enrolment procedure by September 30, so that the new session for the freshly enrolled undergraduates can start from October 1.  The announcement has put a tight timeline for the universities and colleges to conduct the complete admission process. While board exam results are being announced, institutions that rely on entrance examinations also have their fair share of worries. JEE Main exam for fourth attempt is scheduled this month, JEE Advanced and JoSAACounselling will follow. NEET is scheduled for September.

It is very challenging for the universities and colleges to manage admissions within these challenging constraints. In the interest of students and ensuring the sanctity of the admission process, UGC may want to reconsider the timeline for last date of admissions.