Losing Ground on Literacy Will Impact the Future of India 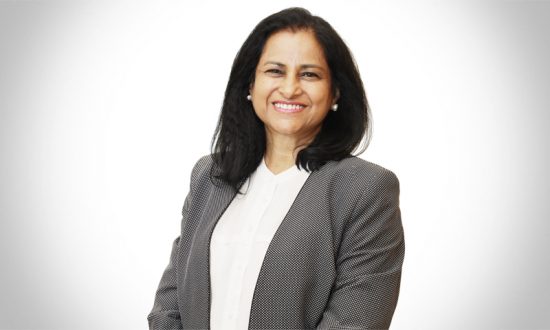 Dr. Sunita Gandhi is India’s leading educationist and the vision behind the Global Education & Training Institute (GETI) and Global Classroom Private Limited (GCPL). With her several years of experience in the education industry, Dr. Gandhi has managed to create a space for herself in the history of revolutionizing the academic system. After completing her Ph.D. from Cambridge University, UK, Sunita went on to become President and Co-Founder, Council for Global Education, USA. While academics remained her first love, she wanted to leave an impact on the younger minds rather than spending her youth in a closed environment. And so, she traveled across the globe and studied the education systems of 39 countries and spoke at several conferences including the recently held BETTA Asia. This passion for education comes as a family heirloom to Sunita as they are known for running the world’s largest school, Guinness World Record holder, City Montessori School (CMS), Lucknow. CMS is also the world’s sole school recipient of the UNESCO Prize for Peace Education.

Education and literacy are two of the most prominent markers of progress in a country. However, in India, home to the world’s second-largest population, education and literacy rates are widely disparate between states. In 2017-18, the National Statistical Office (NSO) recorded a literacy rate of 77.7% in India. Among the states, Kerala emerged as the most literate state with 96.2% (well above the national average), and Andhra Pradesh was the least literate at 66.4% (well below the national average). Such vast differences between the top and bottom also highlight a need for change.

Literacy is the most pressing concern in India today. Education relies on literacy, and education is necessary for progress. A quick look at the demographics in India also reveals that female literacy at 70.3% is much lower than male literacy at 84.7%. This disparity significantly impacts family planning and population stabilisation efforts, which are essential for the country’s growth.

In 2020, India recorded one of its lowest GDP numbers, incurring negative GDP growth for the first time in our history. While this is also due to the COVID-19 pandemic, education and literacy are essential to stabilise our economy. Human capital keeps an economy running and a country growing.

There is a well-documented link between literacy and GDP growth in a country. According to UNESCO, literacy goes further than reading, writing, and mathematics. They argue that literacy involves “identification, understanding, interpretation, creation, and communication in an increasingly digital, text-mediated, information-rich and fast-changing world.” This definition was perhaps most applicable amid the pandemic.

Being literate, therefore, is an essential life skill. It ensures that individuals have the tools to be functioning, productive members of society. Additionally, literacy opens avenues of creativity like writing and nurtures important interests like reading and solving problems. These skills are essential in today’s dynamic economy that heavily relies on creative problem-solving over purely going by the book.

Ensuring a standard of literacy within the country also creates many opportunities. As many younger generations get ready to enter the workforce, they deserve an equal level of skills. The unskilled labour population in India is large, and their livelihoods are often unstable. Literacy can help and lend some stability while improving prospects for people whose work deserves to be documented as contributions to the Indian economy.

Thus, literacy is essential for the growth and progress within India. With literacy and education come family planning and other such measures that can further control population growth. Controlling the population in the country will make increasing the literacy rate easier since the government can distribute the resources the country has for literacy better with fewer people. While it may seem like these are far-fetched solutions, several states have successfully implemented programs for a literacy rate increase.

The Role of the State in Promoting Literacy

Kerala remains the best case study for understanding what systems can ensure higher literacy rates. The state government took the initiative to build primary and secondary schools accessible to everyone, especially the rural population in the state. As a result, 94% of Kerala’s rural population has a primary school within a 1km radius. Furthermore, the government significantly subsidised transport costs, further enabling access and bridging the wealth gap.

There remains a considerable gap between urban and rural literacy in India – 87.7% of India’s urban population is literate, while only 73.5% of the rural population is literate. However, within Kerala, decisive government intervention has allowed many rural populations to access education. Such initiatives showcase the importance of the state and the government in establishing literacy. There are several steps the government can take to promote literacy, but it must come from a place of understanding the importance of literacy. Literacy can create endless opportunities. These changes are best seen in states where female literacy has received importance.

I have already discussed how literacy and education can slow down population growth, ensuring a healthier country that can share its resources better. However, there are also documented positive economic factors that come with female literacy. Returning to Kerala’s example, the increased female literacy rate (95.2%) has been connected with a low poverty rate. In contrast, a state like Bihar, which has a much lower female literacy rate (60.5%) owing to centuries-old prejudices and hierarchical structures, falls well below the poverty line.

Only government intervention can successfully tackle these power structures that enable massive disparities between communities. While the individual state governments may give certain incentives – Bihar, for example, offered children from low-income background Rs. 1/day as a reward for attending school – there needs to be a nationwide change for it to sustain. Several countries have successfully implemented large-scale sustainable education and literacy models. In India, our population remains a significant hurdle to following such examples. However, if the government begins by implementing compulsory literacy within states that contribute most to the population, we can take steps in the right direction.

I firmly believe that India can achieve 100% literacy. But this can only happen if the government views literacy as the essential skill it is. Losing sight of the importance of literacy to the nation will severely compromise India’s future and affect our international standing and our citizens. Therefore, it is up to us to take steps in the right direction, stay on the right side of history, and secure future generations.

Out-of-Class Students’ Assignments: Does it Really Work in the Era of the Digital Age?
The Importance of Liberal Arts Education – Today and in the Future
Face-to-face EduVersity: the New Blended Campus
The Importance of Sports Management
Why Should We Aggressively Look for Opportunities and Work as the World’s Workforce
Career Prospects in Indian Clinical Research Industry
CONTACT US