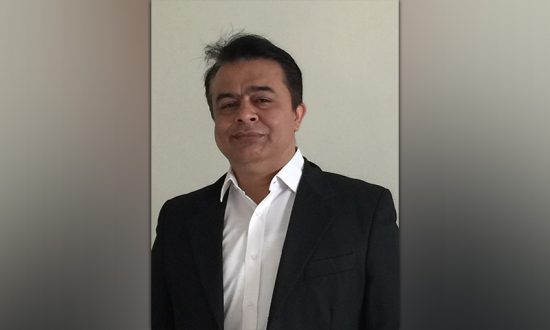 Vikas has worked for 20+ years from the ground up to leadership positions across FMCG, Telecom & Real Estate sectors in India & Middle East. He launched an Ed-Tech start-up, AAS Vidyalaya – The Anytime Anywhere School, with the objective of bringing the school to the 8.5 crore children who are not able to go to school for any reason whatsoever. AAS Vidyalaya’s vision is ‘Make Every Indian 10th Pass’.

The Covid situation has impacted the education sector like no other. Schools are closed, Exams are being cancelled, and there has been a major disruption in the entire system. As per NEP 2020, India has about 25 cr school going children out of which an estimated 6.2 crore children between the ages of 6 to 18 years were out of school in 2015. The average attendance of students enrolled in secondary school is only about 50% out of which 25-30% students actually go beyond Grade 10.

The causes for such a large number of drop-outs are cited as follows:

Whilst a lot has been done over the years to get these students back to school, especially the ones who ‘want’ to study but are not able to go to school for the above-mentioned reasons, yet the result hasn’t been encouraging. So what can be done more?

This is where affordable E-Learning comes into the picture.

Though the shift from traditional learning to digital was happening even earlier but at a very slow pace. COVID-19 has given online education a huge boost. Availability of devices and easy and cheap access to internet is also playing a major role in the proliferation of online education. The penetration was earlier limited by access to computers which have given way to smartphones capable of doing everything that a computer can. Today, 80% of internet in India is consumed using mobile phones. Just like it is impossible for today’s generation to think of a life without internet access, very soon it will be impossible to imagine how groups of students would huddle up together in cramped classrooms.

Drawing inspiration from Gurukuls during the era gone past, the digital gurukuls with teachers and trainers who have a passion for their art and skill and love of teaching can teach those who share the same passion and need proper guidance and skill training.

Digital education offers the most important need of the human race… FREEDOM… Freedom from years of trotting unwillingly to the school, freedom of studying at the fixed time, freedom from being confined to four walls, freedom to  choose the teacher, and finally and most importantly the freedom to study the subjects of choice.

And finally, online learning offers EQUALITY that makes a girl in tribal areas of Odisha get the same quality of education as that of a boy in Delhi.

Now, no one has any excuse for not continuing their education as school is now in their pocket.

Role of Financial Literacy in Empowering Youth
How to Test and Trust Your Intuition
Is Virtual Reality the Future of Education?
How to Connect the World’s Most Promising Talents to the Best-in-Class Education and Opportunities
Avantika Kampani: A 14-year-old Entrepreneur with a Tool that Enhances Newborns’ Capacity to Learn
Choosing the Right School for Children with Learning Disabilities with a Curriculum Specially Designed for Them
CONTACT US