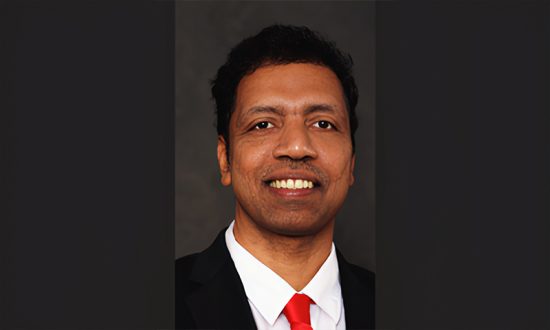 Babu George is a Professor of International Business and Dean (Interim) in the School of Business of Alcorn State University, MS, USA. He holds a Ph.D. in Management, a DBA in International Business, and EdS in Higher Education Innovation and Leadership. He is a graduate of Harvard University’s Institute for Educational Management program. Previously, he served in a diverse range of academic-administrative roles at various universities, including Fort Hays State University, the University of Nevada Las Vegas, Alaska Pacific University, University of Southern Mississippi, among others. Besides, he keeps visiting professor designations at more than fifteen universities around the world. He has published more than 200 research papers in international scholarly journals.

The country of origin (CO) effect refers to the impact that generalized perceptions about a country have on a person’s evaluations of that country’s products and/or brands. This can significantly influence consumer purchase intentions and can either be an asset or liability depending on whether the image is positive or negative. However, sellers often have little control over the macro-level factors that contribute to changes in a country’s image.

This concept can be significant in the marketing and sale of a product, as it can impact how consumers perceive and choose to buy it. For example, some people may prefer products that are made in their own country, while others may prefer products made in other countries with a reputation for producing high-quality items. Overall, the country of origin is a vital aspect of the global economy, as it can affect the production, distribution, and consumption of goods and services worldwide.

In recent years, the image of the United States has undergone significant changes, both domestically and internationally, primarily due to internal political developments, shifts in geopolitical and trade dynamics, and media reports about the attitudes of residents and agencies towards visitors. In this article, my goal is to explore the role of country image in the educational choices of international students, particularly their decision to study at universities in the United States.

Is Education Destination Choice all about Country Image?

In recent years, even after factoring in the Covid-19 impact, there has been a decline in international student enrollment at tertiary institutions in the US.

Some reports attribute this trend to a changing country image, though current research suggests that there are significant differences in enrollment patterns based on different modes of study, academic disciplines, and levels of study. It is possible that certain aspects of the country’s image, such as perceived safety and security, may be less relevant to online students than those who come to study in the US in person. Additionally, students at different levels of intellectual development and maturity may process these perceptions differently; for example, graduate or doctoral students in certain disciplines may prioritize different factors compared to undergraduate students.

It is possible that how people perceive certain regions can affect their overall perception of a country. Some regions may be seen as more welcoming to migrants and diverse communities compared to others. This may be a factor for on-campus students when making decisions. Personal experiences, such as visiting a university as a student, can also influence their perception. International students from different countries may have different views of the United States based on their countries’ historical relationships, and this should also be taken into consideration.

According to recent research, a country’s reputation for a particular product category (such as Switzerland for watches or Japan for robotics) may not be significantly impacted by negative changes in the overall image of the country. However, the competition in the source markets may play a role in how much the negative image affects the country’s reputation. For example, research has found that Chinese-made cars face a greater negative “country of origin” effect in European markets compared to markets in Africa. This means if there are stronger systems of higher education in the international student-originating markets, that can make negative perceptions about the destination country more pronounced. In the case of the United States, it is widely recognized that the country has a strong reputation for higher education, which may help to mitigate any negative impact on its image as a destination for higher education.

The halo effect, where a general image of a country is projected onto a specific product category, is just one factor that affects international students’ perceptions of the United States and their decisions on where to pursue higher education. Let us delve a little deeper and examine the various nuances that play a role in these perceptions and choices.

Key Findings from my Empirical Study

The first phase of this study started in 2018 as a survey among international students. Interviews with select international students, international education administrators, study abroad program agents, and other decision influencers continued throughout the phases of Covid. I am still investigating certain additional nuances. The interim findings are still interesting.

Overall, it seems like the country of origin of a higher education institution plays a complex role in influencing a student’s decision on where to study. It was found that while country image can play a role in a student’s decision, it was not a significant factor when considering top-tier universities. However, students seeking admission to lower-tier institutions in the United States seemed to be influenced by the country’s image in their home communities and countries. This was true for both on-campus and online programs. Interestingly, the findings also indicate that changes in the perceived image of the United States had a greater effect on students from developed countries than those from developing or underdeveloped countries. For example, overall, students from the African continent were not deterred by negative developments in the United States and still chose to study there. In terms of location, the study found that students generally preferred to study in big cities on either the East or West Coast, with the Mid-West being a less popular choice.

The impact of a country’s reputation on the evaluation of products, particularly services such as healthcare and tourism, is a significant area of study in international business research. However, there has been little exploration of the connection between a country’s image and the evaluation of education as a product. My investigation is driven by the desire to address this gap by examining the role of the United States’ image, particularly the safety and security aspects, on international students’ decision-making processes.

No doubt, the image of the US abroad is shaped by a variety of factors, including its political, economic, and social policies, as well as its culture, history, and geographic location. The actions of the US government and citizens, as well as the media’s portrayal of the country, too impact this.  Regardless, a positive image can enhance the country’s reputation and influence on the world stage, while a negative country image can have negative consequences. The negative consequences include the country’s relations with other countries, its ability to achieve its foreign policy goals, and also the ability of its industrial establishment to thrive in the global marketplace.

Hopefully, the findings of this inquiry will help advance the field by filling the current gap in knowledge on the connection between country image and education evaluation and opening up new avenues for further exploration. This knowledge will have significant marketing and public relations implications as well.