How NGOs Can Help Girls Get Better Education 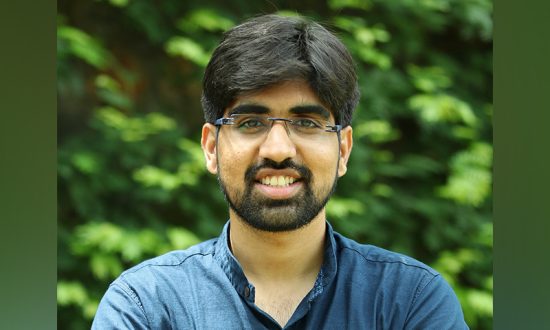 Ankit has worked in the non-prot education sector for almost a decade. Prior to Saarthi, Ankit was working with Central Square Foundation, a philanthropic investment organisation where he managed research and investments for the Education Technology vertical. He worked with multiple early-stage entrepreneurs across the country and state governments to initiate EdTech projects during the stint with Central Square. Ankit has also completed the esteemed Teach For India Fellowship – a 2-year teaching-leading fellowship run in India along the lines of Teach For America and Teach First, UK. Ankit was placed in a government school in an urban village in Delhi during his fellowship where he was nominated for the transformational impact journey award.

Education is a basic necessity that shapes the future of economies across the world. The intellectual wellbeing of people, especially girl child, marks the societal upliftment of the weaker sections of the society. Globally there are around 130 million girls who are not yet enrolled in schools. In most third world countries, girls are not allowed to get proper education; the reasons could be many, such as poverty, unawareness, child marriage, religious extremity that doesn’t permit girls’ education, etc.

Several NGOs and other humanitarian agencies are working towards this goal of providing better education to girls. NGOs work together with government, non-government and non-profit organizations There are many challenges faced when it comes to girls’ education. In India alone, there are around 200 million illiterate women, which is the highest in the world, despite the constitution providing free and compulsory education to all. The urban female literacy rate is 64%, whereas the rural literacy rate is just half which is 31%. In societies where girls’ rights are not protected, it could be the most difficult task to convince them to get educated. Some of the challenges are:

Poverty: Poverty is the biggest hindrance to girls’ education. There are many additional costs that are associated which often demotivate the families of the girls. Textbooks, bus fair and such costs add up due to which poor families avoid teaching their girl child. Also, poverty remains the number one cause of illiteracy according to World Bank. Along with the exempted fee, other facilities such as books, uniforms, and transport facilities are equally important to make education affordable to all.

Child Marriage: This is a major issue in many countries, according to UNICEF, around 700 million women in the whole world are married before the age of 18. 4 out of 10 girls in Sub-Saharan Africa and Southeast Asia are married early and are denied of education. Child marriage also leads to many other issues such as early pregnancy, domestic violence, and other complications.

Household Chores: According to a study, it is estimated that globally around 40 % of the time is spent by girls performing unpaid chores like cooking, cleaning, and others. Girls between the ages of 14 and 20 in developing countries have more burden of household chores as compared to boys. Investing more in household chores eventually leads to less time for education.

How Can NGOs Improve Girls’ Education?

There are many NGOs all around the world that work for girls’ education and they directly interact with those in need. There are several ways through which NGOs can help in improving the education of girls all over the world.

Raising Awareness: NGOs organize events that can help in promoting girls’ education and aware people of the importance of girls’ education and how it can improve their family situation and make them economically and socially stronger. Most of the vulnerable sections of society are not aware of the positive impacts that education can bring the society. Thus, providing education to girls with this unawareness can be difficult for them, so it is the job of NGOs and various other organizations to raise awareness for girls’ education and empowerment. It is important to organize these events in particular regions where there is a very low rate of literacy among girls and women.

Providing Free Education: NGOs receive donations from various organizations, which could be used for providing free education to the girls. Free education includes a lot of other aspects as well, such as opening new schools within the reach of children and providing books, food, and facilities such as clean water, electricity, and furniture in schools. They can also provide scholarships to meritorious students and reward them for their performance.

Skill Development Workshops: Along with basic education, several skill development workshops should be organized by NGOs. These workshops will develop their skills through various skill development classes and will make them financially independent. The skills should be such that they can provide them with career opportunities and let them establish their business and make them economically strong.

Education for Women of all Ages: Basic and quality education is the right of women irrespective of their ages. Many women in the world never had the opportunity to go to school and receive a proper education. People of all ages should be encouraged to get proper education and should be taught various skills which can help in making them self-sufficient and economically strong.

Girl education and the lack of it is a major concern for us, however, it has been significantly reduced as compared to the previous 10-20 years. Still, there are a lot of regions in the world where girls do not get proper education and are devoid of such necessities. Everyone needs to get free education and if we want to empower our women, then we need to come up together for their education. This will break the traditional prejudices against the girls’ education and will improve the intellectual level of society as a whole. This famous quote by Brigham Young sums it all up, “You educate a man; you educate a man. You educate a woman; you educate a generation.”