Gynecology – Careers and Scope in India 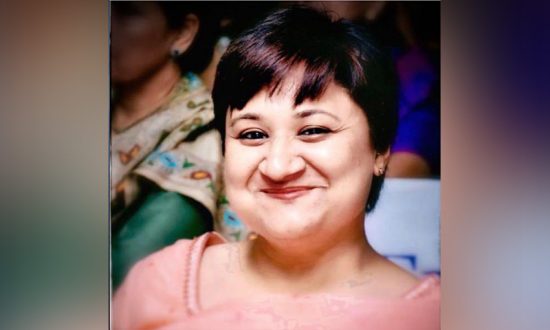 Dr. Anupama Bahadur, is the Professor and Unit Head at the Department of Obstetrics & Gynecology and is also the first gynaec-robotic surgeon at All India Institute of Medical Sciences (AIIMS), Rishikesh. Dr. Bahadur’s specialty lies in Robotic surgery, Reproductive medicine & Infertility, high-risk pregnancy. Dr. Bahadur is basically from Kashmir and is very passionate about teaching medical students and finding innovative ways of teaching. She refers to Robotic Surgery as her first love. As her stress busters, she turns to cooking and music and enjoys traveling and discovering new places. Dr. Bahadur has published a number of research papers in her field of expertise and is the co-author of the book Robotic in Gynaecology, which is the first Indian-authored book on the subject.

With approximately 1.3 billion people in 2017, India is the world’s second-most populous country. The Maternal Mortality Ratio (MMR) of India for the period 2016-18, as per the latest report of the national Sample Registration System (SRS) is 113/100,000 live births, declining by 17 points, from 130/ 100,000 live births in 2014-16. Despite India’s rising socio-economic status, these indicators remain relatively high. Notwithstanding the government support and several innovative initiatives introduced in India to improve maternal and newborn health outcomes, such as the National Rural Health Mission’s dedicated strategic funding as well as the inclusion of certified social health activists, auxiliary nurse-midwives, and Anganwari workers, this remains the case. Despite improved access to and availability of health services for the majority of people, the health system faces significant challenges in identifying and meeting the health needs of women and babies during and after pregnancy.

Women during reproductive age face many challenges, infertility being one of them with the tubal factor being one of the commonest. It is thought to be especially common in low- and middle-income countries with a high burden of sexually transmitted infections and tuberculosis in ours. It has also been observed that most women who have undergone hysterectomy were primarily due to heavy bleeding, a benign tumor-like fibroid, or poly or adenomyosis. Although this was not studied, it is likely that if more women had access to contraception and a broader range of medical treatment for gynecological conditions, fewer women would have undergone a hysterectomy or would have done so at a later age.

Evidence-based protocols and guidelines for the management of women with complications must be adapted and adopted in such a way that they take into account the real-life context in which care can be provided. There is significant variation in coverage and health outcome indicators across states. In general, urban populations and those in higher wealth quintiles are better served than those with low incomes and living in rural areas. According to a recent report, only one in every four women receives what is considered adequate antenatal care, with women living in rural areas and being illiterate being less likely to receive quality care than others. During pregnancy, many women seek ‘routine’ care from the health care system for the first time. Recent publications on the burden of disease during and after pregnancy show that the burden of maternal morbidity is potentially high. However, it often goes unrecognized and undiagnosed, even in women who seek care as timely intervention or referral to a tertiary care center is delayed.

Refocusing on the quality of care provided to women is now regarded as a higher priority than expanding access to care. Pregnancy and related issues, pelvic inflammatory disease (PID), postmenopausal bleeding, and cancers of the uterus, cervix, or ovary are some of the most common reasons women between the ages of 20 and 55 visit a gynecologist. Some common issues faced by adolescent women range from heavy periods, polycystic ovarian syndrome, and lack of menstrual hygiene. However, it has been observed that the majority of women visit gynecologists after marriage for contraceptive advice, infertility issues, or uterine bleeding. The vaccine has been developed and is being widely promoted worldwide to prevent cervical cancer which is caused by the human papillomavirus. Widespread immunization with the HPV vaccine could help to reduce the prevalence of cervical cancer and other HPV-related cancers across the country. It is recommended to girls and even boys between the ages of 9 and 15 years before they become sexually active.

Although the new Sustainable Development Goal (SDG3) prioritizes universal access to sexual and reproductive health care, many women in India are unable to access and/or afford high-quality care. Antenatal and postnatal care are ‘windows of opportunity for pregnant women to receive comprehensive and respectful maternity care. To promote a mother’s health and well-being in the short and long term, one must impart sex-education contraceptive counseling, information about menstrual hygiene. Women must be made aware that screening, diagnosis, treatment, and care are essential not only during pregnancy but also after childbirth.

Today, Gynecology is in demand as it’s a blend of medicine and surgery and therefore has far more younger doctors that are interested in the specialization. Obstetrics and Gynecology need training that leads to several sub-specializations. If you choose this discipline, you get prospects to grow your career in both medical and remedial methods. Occupied in the range of womanhood, healthiness obliges for a worthwhile and motivating career. Medics who take up this stream are crucial to guaranteeing care throughout the motherhood phase and delivery. However, the facilities go beyond delivery and highlight refining females’ well-being at all life phases.

It is important to note that a gynecologist must specialize in diagnosing and treating women’s diseases and be adept at medical and surgical treatments. It is imperative for a gynecologist to be knowledgeable in three areas: obstetrics (pregnancy and delivery), gynecology (female health), and reproductive medicine. The only thing these specializations have in common is that a gynecologist must be trained in both medical and surgical aspects. To perform surgery, you must be skilled. This skill must be acquired alongside knowledge of your subject. The scope for gynecology is excellent because there is always a demand for one because they deal with women’s health and fertility and pregnancy assistance. While women tend to prefer female gynecologists, it must be noted that North India has more female gynecologists, while in the East, there is an increase in the number of male gynecologists. This is one specialization that offers further prospects of branching out into foetal medicine, Gynae-oncology, High-Risk Pregnancy, Minimally Invasive Surgery (MIS), Reproductive medicine as sub-specialties.

The fundamental purpose of medicine has always been to deliver the best possible patient treatment. The delivery of therapy has changed over time, from physicians making house calls to seeing patients in clinics, and it will continue to alter as new methods are developed. Every branch of medicine, including obstetrics and gynecology, is innovating, repurposing, and optimizing technology. These technologies directly impact women’s health care in terms of patient communication, physician education, and healthcare performance.

The first steps for students who want to become gynecologists in India after the 12th are the same as any medical profession. You must study science with biology in 12th grade and then pass NEET to gain admission to MBBS. Following MBBS, a post-graduate degree (MD in gynecology) is a good idea.

Today, the way education is imparted in certain reputed institutions has also evolved in certain aspects. Inclusion of exposure to MIS, Foetal medicine, Gynae-oncology, Integrated teaching classes – e.g., pregnancy with heart disease, therefore making it multidisciplinary teaching, giving students greater exposure on the subject. Simulation-based learning has been introduced across many reputed institutions and is now considering including a virtual dissection table into the curriculum to help a deeper understanding of the anatomy and the possible complications that can be encountered during surgery so as to avoid it. Understanding how technology is interwoven into all parts of health care is also crucial. While many applications provide unique experiences, the evidence on how they might be used to better education or care is still developing.

The introduction of robot-assisted gynecological surgery, commercially available as the da Vinci Surgical System, is one such remarkable breakthrough in how we will perform our surgeries in the future. Gynecologic robotic surgery is one of the recent advancements in the field of minimally invasive surgery. Today, gynecological surgeons can treat various diseases that affect a woman’s reproductive systems using a narrow, illuminated scope and miniature equipment controlled by a robotic system.

In my experience, for significantly smaller incisions, robotic procedures enable quicker recovery times and lower chances of infection. Compared to traditional surgery, the scars from robotic surgeries are less apparent. Early on, exposure to such technologies will likely improve surgical outcomes and allow students the opportunity to understand the technology and its benefits better.

The advancement of technology has the potential to have a significant impact on women’s health. For example, trainees can improve their skills in unusual diseases and settings by using simulations and video-assisted feedback. In addition, surgical technology improvements allow treatments that were previously thought to be only possible through open surgery or laparotomy to be routinely performed with minimally invasive methods. However, when new technologies in women’s health are introduced, reliable and repeatable data is required.

Through this systematic integration of technology into the delivery of women’s health care, the healthcare fraternity hopes to demonstrate sustainable improvements in physician skills, patient access, and quality and safety.

The Interdisciplinary Approach: A Pathway to Sustainability at the Higher Education Level
It is Time to Rethink
Careers and Universities
Learner ‘Hacks’ for Higher Education
Top 6 Trends in Education to Watch Out for in 2022
Why are High School Students Doing Research?
CONTACT US