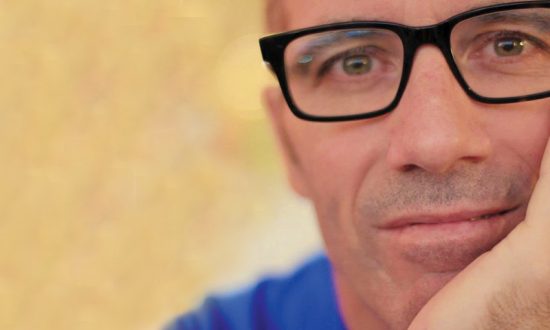 Author, consultant, speaker, podcaster and photographer, Terence Wallis decided to leave the corporate world behind and start his own business, Indelible Adventures Inc. in 2014. Terence has published two books; “Indelible Adventures”, a collection of short stories about his life growing up in rural Australia and “Una storia d’amore” (My love story), a collection of his photography of his many trips to Italy

Recently, my son Zach and I finished planning our summer trip to Europe. He created the itinerary purely based on the cities he wanted to visit, I had zero input, nor did I want any–this is trip is my gift to him.

Ever since I spent my year crisscrossing Europe by train way back in the day, I was hooked on the idea of taking the train for our 16-day European adventure. When I was in Sweden last summer for a writer’s conference, I got hold of a European rail map to share with him in preparation for our trip. Clearly, he studied it in great detail which was evident in our newly minted itinerary.

There’s something mesmerizing about the clickety-clack of the carriages as they bump along the rails that seems to soothe my soul, it’s one of the few places I like to sit and daydream as I watch the countryside glide by.

We begin our adventure in Berlin spending 3 nights in this amazingly cosmopolitan city. Where else would a history buff love to begin his adventure but one of central Europe’s most historic and often fought over capitals, and that’s just in the 20th century! I loved my recent four-day flip to Berlin and I’m thinking he’ll love it as well. So much to see and do–we’re definitely going to get our full quotient of walking in over the 16 days.

From there we make our Prague where we are staying at an Airbnb in the old Jewish quarter of the city. In fact, the old city of Prague has been recognized as a UNESCO World Heritage site and so we’ll be right in the heart of it. My mind’s eye immediately races to narrow, cobbled streets with centuries of character and charm.

After our three-night sojourn here its onto Vienna….

Of all the places in Europe I think Zach would tell you that Vienna has a certain place in his heart. Zach’s maternal great grandmother grew up in Vienna. Her father was a well-respected judge until the Nazis occupied Austria in early 1938 – then everything changed. Her family being Jewish were soon targeted and not in a good way, her parents paid for her to get out of the country…just in time. However, the vast majority of her family and relatives were not so fortunate and hence perished into the flames of the Holocaust, such an incredibly sad time in our history.

He’s already expressed a great interest in making a pilgrimage to the apartment building where they lived and which I’m sure will elicit some serious reflection time.

After Vienna we’re off to Bratislava for a night before making our way to Budapest. For some reason Zach has always been intrigued and fascinated by Budapest. Voted one of the most liveable cities in Europe this gorgeous jewel is situated on the Danube
river and is home to an eclectic array of museums and cultural institutions, not to mention the largest thermal water cave system in the world. In addition, its metro is the second oldest after Paris – who knew? Almost sensory overload isn’t it?

Next is onto Munich for a night before as we begin to wind our way back to Berlin for our flight home.

Trust me I’m going to savour every moment of the 16 days and soak up each and every experience with him, and I’m sure he’ll be doing the same.

Although we won’t get the same opportunities to travel together with the frequency that we have over the past few years, I’m hoping that this experience will be etched in his mind as one of those indelible moments in time that he’ll be able to recall and regale his kids with when he has a family of his own.

I’m also hoping that this trip will be a springboard to many more adventures over the course of his lifetime. You can never understate the value of learning to live and travel the world at an early age. The things they have experienced and the places they have been are more than the vast majority of people will ever see in a lifetime, but they have taken advantage of these moments in time and become citizens of the world.

My everlasting gift to him and my daughter Sam has been to set the foundation for a love affair with exploring this big, wide, wonderfully messy world we live in. This has been a conscious process, with my intent to help shape and mould them into curious, confident and resilient young adults. Fortunately, they’ve embraced our collective adventures and have matured beyond their years partly due to our travels.

Such an exciting time in their lives!

The Pivotal Role of Technology in the Education Sector
A Career as a Product Engineer, We Can’t Imagine our Life Without Them
Even in the Digital Era, the Pen is Mightier Than the Keyboard – Here’s Why
Student-Related Policies One Should be Aware of When Planning Overseas Education
Teaching Children How To Think, Not What To Think
Before You Decide On Which Course To Take in University
CONTACT US