Home /INDUSTRY/Esports emerging as a Lucrative Career Option in India

Esports emerging as a Lucrative Career Option in India 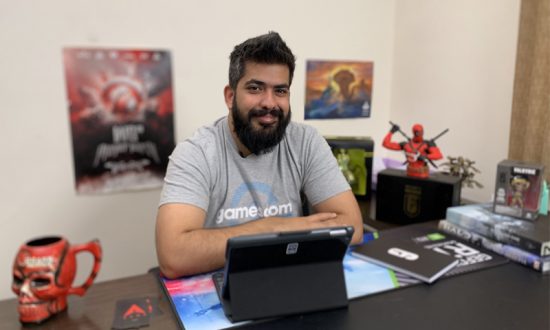 Ishaan Arya is the cofounder, head of business development and content at The Esports Club. He is a veteran of the gaming industry. Ishaan started his career as a content creator and writer and led ‘Just Another Gaming Site’ JAGS- one of the top portals at the time. After working in the gaming and e-sports industry for five years, Ishaan realised there wasn’t any platform that offered brands the opportunity to make long term investments and helped the gaming community with grassroots development. He felt the need for a platform that let gamers pursue their esports dreams and allowed brands to leverage long term and sustainable esports IPs. Hence he cofounded The Esports Club with Vamsi Krishna.

Sports is one of the few things in the world that possess the power to draw in fans and viewers from across the globe. From the days of gladiators in ancient Rome to the roaring footballs fans today, sports has always found a place in our hearts; bringing the world together like very few others could even dream of. It’s no wonder some of the highest watched events in the world range from FIFA World Cup finals to Opening Ceremonies for the Olympics and even blockbuster fight nights featuring the great Mohammed Ali! This has helped sports take its place as one of the most lucrative entertainment industries in the world today! With the likes of the Premier League, Champions League, NBA, ISL and more, sports is a major part of everyday life for a large part of the global population.

As we progress into a the digital era, traditional sports faces competition from an unlikely source, electronic sports or esports as it’s known today is taking the world by storm. As video games have grown into one of the largest entertainment sectors over the past 3 decades, it was only a matter of time before our competitive nature took over and turned it into something truly phenomenal. Today not only are their formal competitive esports leagues around the globe; professional athletes compete for hundreds of millions of dollars every year, followed closed by millions of viewers! In fact, the gap between traditional sports and esports is closing so fast, the likes of Wimbledon neck and neck with esports in terms of both prize money and viewers!

However, more than competition traditional sports teams and leagues have looked at esports as an opportunity. An opportunity to continue engaging with younger audiences, strengthening their brand and expanding their reach beyond the traditional sports demographic. We’ve got great examples from all over the world with the Premier League partnering with FIFA to create the ePremier League and teams like PSG and Shalke04 investing in esports franchises for League of Legends.

With this massive spike in interest for esports, it’s important to look at how this presents itself as a massive opportunity for gamers and fans across the world with a whole new industry growing an exponential pace, constantly looking for new talent!

Gaming was a bit of a late bloomer in India, but much like the kid you underestimated back in school it has really come of age and is now presenting itself as the next big thing! Despite a very late introduction to video games, thanks to the smartphone boom and 4G revolution in the country suddenly you have one of the largest potential audiences playing and watching video games. This created the perfect conditions for mobile esports to growth and thrive in the region to the point that PUBG Mobile in India eventually boasted more prize money and viewership than anywhere else in the world! Despite the game’s well documented absence over the past year or so, the industry has continued to grow with the likes of Garena Free Fire filling the void. Today several tiers of regular competitive opportunities exist for mobile esports players for games like Garena Free Fire and Call of Duty Mobile; supported by both publishers and third parties. In fact even content platforms like Booyah! are contributing to the esports opportunities for players by creating an esports ecosystem with the likes of the Booyah! League.

Outside the mobile space Valorant has become a bit of a household name, dethroning CS:GO which enjoyed all of the attention and a majority of the prize pool for PC esports over the last decade. Today PC esports thanks to Valorant boasts of regular competitive opportunities, $15-20K in prize money almost every month and regular Concurrent Viewership of over 10 Thousand watching some of the popular esports events in the country.

To the layman, a career in esports must like sports is only for players and coaches; however that could not be further from the truth. While the esports athletes are the stars of the show, hundreds of others jobs exists around the esports ecosystem, very similar to those in the world of sports. From event producers, broadcast teams, umpires and officials; esports requires much of the same type of personnel to that of regular sports. In addition to the teams that are deeply involved in creating and broadcasting esports events, an entire ecosystem of content and journalism supports and amplifies their efforts, once again similar to traditional sports. While one can argue, how would any of this be relevant to gamers; the truth is that a deep understanding of gaming and esports would give them a huge advantage over traditional skilled manpower in the space.

So as you can see there is certainly no shortage of opportunity within the gaming and esports ecosystem to work, even if you’re not a content creator or pro player. The challenge the industry in India now faces is really backing organizers who are investing in long term, recurring opportunities like long leagues and championships that provide a clear and sustainable roadmap for players and teams, but also long term employment to the myriad of roles required to put up an event, and as well as helping grow the media ecosystem around gaming and esports.

It won’t be long before traditional sports in India will look towards esports, much like Europe and North America as an extension of their branding and visibility opportunities given the seasonal nature of our sports leagues like the IPL and ISL.