Home /ACADEMIC/Comprehending the Digital Divide and Bridging the Obstacles

Comprehending the Digital Divide and Bridging the Obstacles 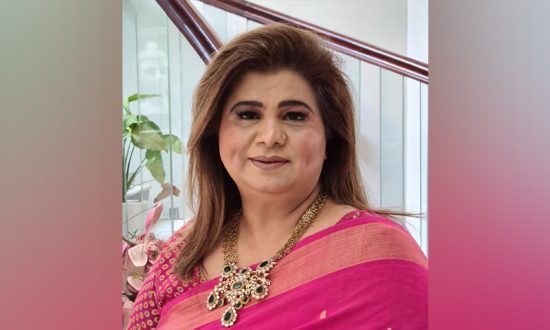 Alka Kapur, (CBSE & State Awardee) Principal, Modern Public School, Shalimar Bagh, Delhi is an empowering leader, a zealous educationist with rich academic and administrative experience offering an illustrious career of 32 years in educational research. As the Principal of the school, she has taken the school to great heights through open attitude for learning and love for children. Twenty years of her sedulous selfless service as the Principal of the school has accorded the school a priceless status in Forbes India Marquee Edition, The Great Indian Schools.

It is undeniable that the unprecedented pandemic had not just affected the economies across the globe but it too had many social impacts like one in the education sector. The crisis prompted a complete shutdown of schools and a transition towards digital learning.

In the new digital era, where online learning has become a new normal, despite advancements in internet access, especially through mobile networks, the digital divide still persists – denying equal education opportunities for all students across the country. The impact of the pandemic on the country’s education system, especially on those who are digitally deprived, garners importance.

Though the states and the central government have been drafting several schemes to ensure the constitutionally guaranteed education for all, the gap in digital access is yet to be abridged. The gross enrollment ration (GER) in the primary schools in the country is 26.3 – which is even below the global average of 29, while countries like US, Germany, United Kingdom and China stand at 88.2, 70.3, 60, and 49.1, respectively. However, the National Education Policy 2020 aims at addressing the issue and expanding the scope for school education by increasing the GER to 50 by 2030. NEP 2020 has also set the roadmap towards “Ensuring Equitable Use of Technology” through online and digital education.

While the Digital India campaign by the government has prompted rapid growth in information and communication technology (ICT), the vast demographic and social profiles in the country have led to digital divide, mostly because of the lack of access to technology and the inability to harness it, especially in the rural areas. Furthermore, even if the accessibility is there, it has been difficult for the educators to cope up with the rapid digital transition. Many teachers are unable to adapt to the new digital education system, with little or no training.

Though rural areas were hit more by the digital accessibility issues, sections of the urban areas witnessed similar challenges, too. Several students lacked proper hardware, software and/or internet due to accessibility and/or affordability issues. Internet have been one of the major among these issues, especially in the rural areas – where if internet was provided, access to electricity is another barrier.

Also, for students in the rural areas, who mostly belong to the underprivileged section, a major challenge is to afford a laptop, desktop or smartphone. Even if they could afford at least a smart phone, another challenge is to harness the technology, with the basic understanding of digital learning and use of online applications.

The Ministry of Education, Department of School Education and Literacy, has increased its budget on education and is also eyeing to bring a major rise in expenditure towards Digital India’s e-learning mission – also making it tax free. However, internet access is disproportional across the states too; for example, states like Himachal Pradesh and Kerala have more percentage of internet access and even bigger states like Uttar Pradesh, Tamil, Nadu, Andhra Pradesh, etc., have less internet connectivity.

Another major aspect is that apart from the rural and urban differences, the digital divide among men and women also remains steep. According to report by the Mobile Association of India, only 33 per cent of women in the country have access to internet while for men the number is 67. In rural areas, the numbers are even steep with men being about twice likely to have access to the internet. This digital divide is another factor which poses a major challenge towards the education inequality among men and women in the country.

The challenges are many to bridge the digital divide gap for a fair opportunity of education for all students, boy or girl, from urban or rural parts of the country. To address the challenges, technology is undoubtedly the keystone and efforts should be made towards its accessibility, affordability and quality, especially in the rural areas. With the right policy directions towards better technology and infrastructure, the gap of digital access can be bridged. The new education policy of the government is framed in that direction and will hopefully meet the needs of all students.

The major areas that should be focused on at priority and with emergence include increasing internet density, improving its coverage and services, providing training to educate on digital aspects, ensuring availability of electricity, enable technology access, making technology affordable and massive open online courses (MOOCs) available for students. The rapid transition towards e-learning has certainly highlighted the existing digital inequality in the country and its impact on the education system, but with the right policies directed towards economy, education and digitalization, the issue can be addressed and policymakers in the country should decisively work towards it.

Role of University Grants Commission (UGC) in Online Higher Education
E-Learning in Business School: Boon or Bane
Why Entrepreneurship in Education is Necessary for the Development of the Next Generation of Leaders
Why BBA is a Preferred Foundation Course for an MBA
The Inherent Factors: How our Unique Disposition Impacts our Career Choices
New Trends in the Edtech Ecosystem
CONTACT US