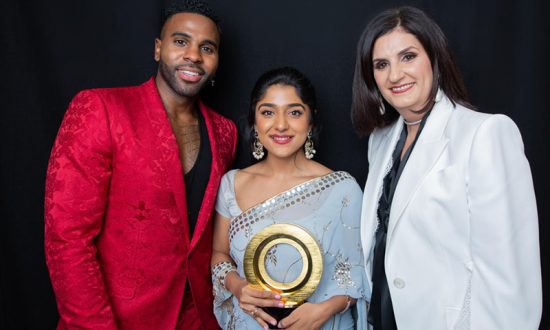 Priya Prakash has been awarded Cisco Youth Leadership Award 2019 for exceptional work in the field of health care for children. The Cisco Youth Leadership Award for the year 2019 was presented by Cisco Executive Vice President and Chief People Officer Fran Katsoudas to Priya Prakash, a healthcare entrepreneur and the founder and CEO of HealthSetGo.

HealthSetGo is India’s largest healthcare organization for schools that supports the UN’s goals and ensures that every child in India grows healthy and disease-free. Priya Prakash was part of a prestigious finalist group that included four other engaged Global Citizens who are each doing meaningful work to make the world a better place from nations like Brazil, Indonesia, Cameroon and Pakistan.

HealthSetGo uses healthcare technology to empower parents, doctors, schools, and governments to make data-based decisions for the health of the students. The organization detects and diagnoses any disease, and administers vaccinations or other treatments. Children’s health information is provided to their parents between the child’s age of two and 17. By being able to access a student’s “health report cards” over time, HealthSetGo bridges the gap between education and healthcare. The organization has impacted more than 200,000 children and parents in India across more than 77 cities, and it hopes to reach 1 million people by 2023.

Speaking on the achievement, Priya Prakash said: “It was truly a great honour to represent India among the visionary leaders and entrepreneurs from different fields across the world- all of who are working to tackle a range of global challenges. The award gives me and my entire team at HealthSetGo enormous motivation to forge ahead and help fill a critical gap in the healthcare needs of our children. I am certain now that our commitment of impacting 1 Million children by 2023, can be achieved even sooner.”

Priya Prakash aims to use the $250,000 in prize money to make health accessible to those who need it the most.

Cisco and Global Citizen have formed a strong partnership through the shared goal of making the world a better place. Global Citizen works to build a movement of 100 million people who take actions like making pledges, signing petitions, and contacting elected officials—all for the vision of ending extreme poverty by 2030.