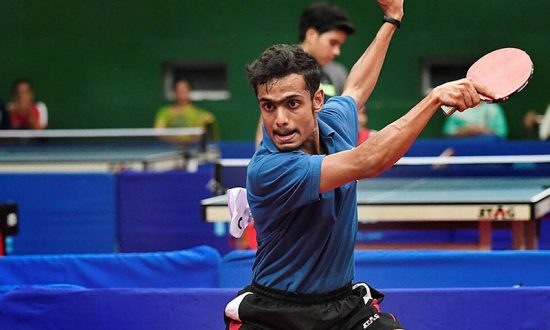 21 years old Siddhesh Pande studying in Bachelor in Management Studies at S K Somaiya Degree College, has been shortlisted amongst the elite athletes of India for preparation of Olympic 2024 Government of India initiative for the Men’s Open category. He has also been selected to represent India at the South Asian Games which is going to be held in Kathmandu in Nepal from 1st to 10th December 2019.

Siddhesh has been playing Table Tennis since the past 12 years. He started playing from the age of 8 years and has already won several medals earlier. His selection is an outcome of his determination and hard work. He is a very consistent player and committed to practices for at least 6 hours on table every day. Also, the tremendous support and encouragement he has received from his family, his coach, his teachers and friends and played an instrumental role in his achievement.

Siddhesh’s father, Mr. Mukund M. Pande is a central railway employee and his mother Mrs. Harshada M. Pande is a lecturer. Siddesh said “This is a once in a lifetime opportunity, where I get the chance to participate in the biggest sports platform in the world, the Olympics! I am going to give my best and make India proud.

Mr. Mukund, Siddhesh’s father said, “We knew that he is excellent in Table Tennis and that he will do well, but we didn’t imagine that he would get a chance to be a part of the Olympics so young. He has made us proud!

Dr. Manali Londhe, Principal, S K Somaiya Degree College of Arts, Science and Commerce said, “We would like to congratulate Siddhesh for his outstanding achievement. With his focus and hard work, we are sure that he will perform with flying colours and make our country proud“.