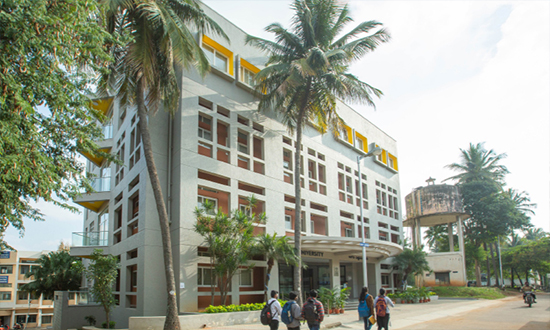 It’s a well-known fact that movies are a big part of Brand India. In the last few years, at an average, over 1800 movies are produced annually in our country; probably the largest number in the world!  It’s in this context that RV University’s School of Liberal Arts and Science in Bengaluru brings another interesting certification course that no film enthusiast would like to miss. ‘Appreciating Cinema’ is a 5-day Film Appreciation course leading to certification in Film Criticism and will be held from 18th to 22nd July 2022, in the RV University campus on Mysuru Road. The course will be rolled out jointly by RV University in Bengaluru and the Indian Chapter of the International Federation of Film Critics (FI-PRESCI, India).

The workshop is primarily designed to meet the needs of students, teachers and scholars interested in introducing film study activities in educational institutions. However, cinephiles, researchers, media practitioners, filmmakers, members of film society, critics, senior citizens, art enthusiasts and anyone above the age of 18 would find this equally useful, and are eligible to apply for this course.

“This is an intensive course designed to promote comprehensive understanding and insights into the nature of cinema and other related forms and practices. These include recent developments such as independent films, digital art and diverse practices that come under the broad umbrella of New Media”, said Dr. Debjani Halder, Course Coordinator and Assistant Professor at the School of Liberal Arts and Sciences at RV University Bengaluru. The last date to receive applications is June 22nd, 2022. Interested participants may contact Dr. Debjani Halder, Course Coordinator on Film Studies and Film Making, on her email id [email protected]

Eminent Film Director, Shri Girish Kasaravalli well-known for his national and international award-winning Kannada movies, and a pioneer filmmaker in the Indian parallel cinema movement will conduct a ‘Master Class’ on the 21st of July as part of this course. The topics covered in the ‘Appreciating Cinema’ course will include basics of cinema, a theoretical study of art and history of films as well as the development of cinema as a medium of art and communication.

The objective of the course is to provide exposure to global classics that have changed the way films are made and viewed over the years. Elaborating on the nuances of the course, Indian national film award winning critic-author, Dr. Piyush Roy, Professor and Founding Dean, School of Liberal Arts and Sciences, RV University said, “this course helps in discovering the unstated in experimental narratives across genres. It also includes a discussion on gender and the way women are portrayed in cinema and perceived in society.” His academically acclaimed documentary, Pleasures Prejudice & Pride: An Indian Way of Filmmaking (2019), which was the focus of a multi-university global seminar screening tour across film and culture studies departments in the United Kingdom in 2019, will also have its first post-pandemic public discussion screening at the workshop.

Participants will also be introduced to the changing nature of film production and its evolving relationship with digital arts, classics, short-films and non-fiction films. There will be an exclusive segment on music in films and South Indian films apart from Bollywood cinema. Both Indian as well as international cinema will be used for critical analysis and study during the course.