Home /NEWS, TRENDING THIS WEEK/Cubo Winter Conference: The best way to change the future is to create it!

Cubo Winter Conference: The best way to change the future is to create it! 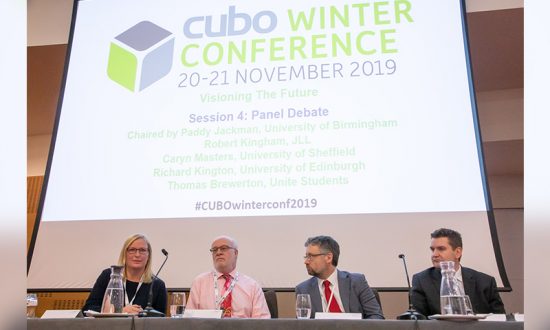 The future of Commercial Services on campuses has never been so important as UK’s universities get set for Generation Alpha to acquire HE status, with students looking to become more diverse, more challenging and more sociable.

Over 100 CUBO’ (College and University Business Officers) delegates and corporate partners joined forces (21 – 23rd November) at CUBO’s Winter Conference to ‘Vision the Future’ – a future which sees universities engaging with passion, optimism and increasing immersion into smart technology and social media, such as Instagram, to keep up with today’s ‘Generation Screensaver’ digital era as well as the ongoing transformation of next tier students (Gen A).

Delegates praised the content as being highly strategic, and giving valuable differentiation of CUBO from more operationally orientated associations in the sector.

Professor Peter Mathieson, Principle and Vice Chancellor of The University of Edinburgh ranked alongside high profile speakers such as Dave Gorman, Director, Department for Social Responsibility & Sustainability at the University of Edinburgh, Mark Fawcett (founder of ‘We are Futures’, originally the National Schools Partnership), the respected author, Neil Gaught, and Helenor Gilmour, Director of Insights at Beano for Brands (Beano Studios).

Key themes debated at the Conference in line with student’ expectations and perceptions were all linked to generational profiling, including universities’ adaptability towards important issues such as climate change, gender neutrality, sustainability, changing campus’ experiences and how evolving and smart technologies of the future are set to shape these. 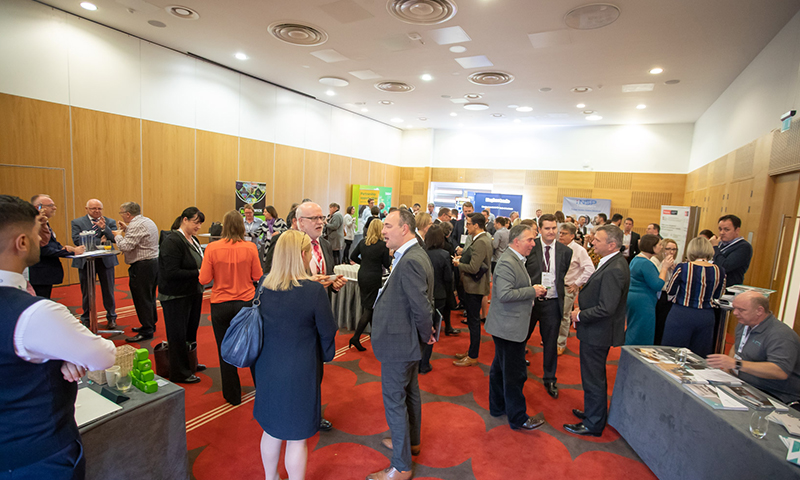 Founder of Julie Barker Associates and non-executive director for CUBO, Julie Barker, reinforced that this year’s content was powerful and relevant amidst the current uncertainty that prevails in the Higher Education sector.  She said: “We learned a great deal over the past two days and got into the mindsets of students and the upcoming traits of Generation Alpha to ‘vision the future’ in a way that has really helped members look at the student experience afresh.”

“We know that young adults are contradictory, and have a tendency to unhappiness, therefore will put happiness in their career as a priority.  They respond to and value optimism.  Generation Alpha is a fascinating age.  Generational profiling shows us that likely student traits will include; young activists, digital masters, creative entrepreneurs and a compulsion to question everything whilst being hands-on looking to drive change.

“We know that students don’t feel ‘listened to’ by politicians with HEPI’s recent findings debated which showed that over 75% of students feel that the government has let them down in the way it has engaged over Brexit. The majority of students want to stay within the European Union and they are prepared to vote tactically and be active on this issue.   Furthermore, 41% of students also feel that the Government should be paying more in relation to student fees (reference source- HEPI).

“We learned that we need to ‘get visual’ with our messages, and invite students to review what we do.  Students listen to other students and value their reviews.  They expect clear messages and they want to receive them in a way which resonates with their culture – which is increasingly aligned to smart technologies, to online portals and apps. Universities need to ‘get with it’, and get closer to social feature apps such as Instagram to get their messages across.

“As gender diversity becomes the norm, universities are increasingly accepting of individualism with at least 50% of students believing that their gender doesn’t matter.  Campuses are already moving towards gender neutrality with campuses modifying services and features accordingly and together we can learn from sharing best practice and what success look like.

“We debated how the HE Sector can make a difference when it comes to climate change.   There is no question that this topic is close to students’ hearts as young activists, and we know that we can change behaviour through motivation.  Already, we are seeing a marked increase towards plant based menus and veganism, but there is a great deal more that we have to do across emissions, across estate’ assets and also when it comes to plastic waste – by 2050, it is estimated there will be more plastic in the ocean than fish.  A fact that is unpalatable to us all.

“In general, students have modest ambitions for the future, but make no mistake that they are under immense pressure to achieve these.  When looking a University’ accommodation of the future, we should be prioritising well-being, affordability, a blended community and experiences, and we should consider our residential life programmes by outcomes, not inputs”.

Teach For India collaborates with Boston Consulting Group for a case study on India Needs To Learn - A Case for Keeping Schools Open
Avanse Financial Services raises INR ~357 Crores via Securitization Transaction facilitated by Northern Arc Capital
TCS iON Announces Winners of the 4th Edition of its IntelliGem Contest; Opens Registrations for the 5th Edition
Pride resonated amongst young ones on 73rd Republic Day of India
Galloping Tales of Colorful Colonial Women
Never Use Tech Like a Textbook
CONTACT US