Home /NEWS, TRENDING THIS WEEK/Amity University announces to establish BRICS Centre of Excellence in Russia on the occasion of 74th Independence Day 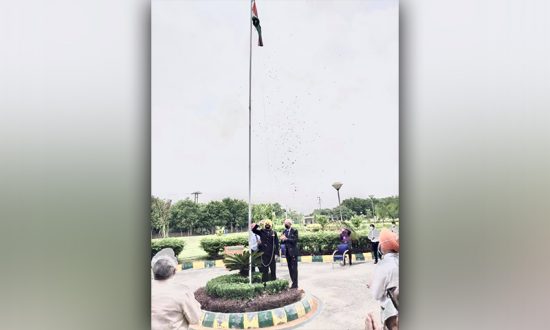 Prof. (Dr.) Gurinder Singh, Group Vice Chancellor, Amity Universities unfurled and hoisted the Tricolour at the Amity Greater Noida Campus. Continuing with the tradition of planting sapling during every Independence Day, Dr. Singh planted a few saplings at the Greater Noida Campus. The function was followed by cultural programs and the virtual inauguration of many International Partnerships and initiatives which step forwards Amity’s commitment of providing the best of World Education and giving students international exposure through international internships, training, projects, research, and placements. 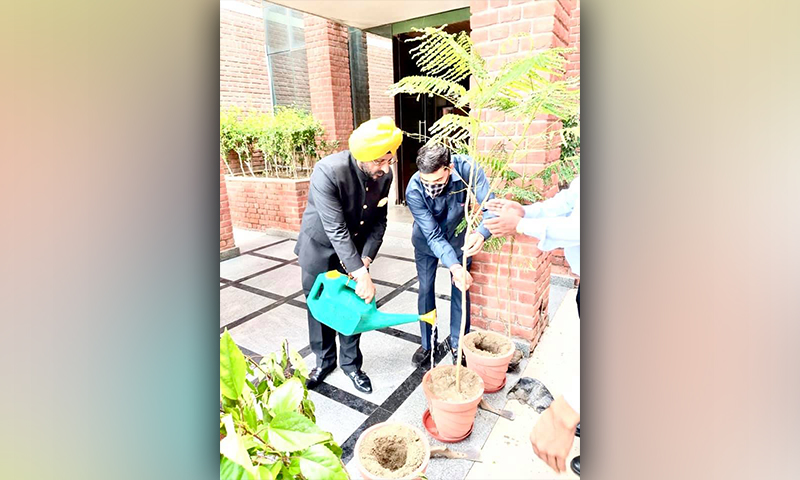 Dr. Ashok Chauhan in his address said that Amity Will work day and night to fulfil the vision and mission of Prime Minister of India. He further mentioned that values are the most important in the life of an individual, Amity is an institution of values. Chancellor Dr. Atul Chauhan, in his address, said that this pandemic has given us much learning including the value of freedom. He further assured that Amity will create new benchmarks in this tough situation.

Dr. Gurinder Singh congratulated everyone and Said that Amity is coming with a number of initiatives and we are committed to create meaningful employment and bring some of the top-level Universities to India. We will ensure that Indian students get the same salary package which they get in some of the top universities abroad. India will shine and the education revaluation being nurtured by the founder of Amity Universities Dr. Chauhan will build a bridge between students and the industries.

The occasion was marked special by launching many initiatives which include the establishment of BRICS Centre of Excellence in Russia with support of Far Eastern Federal University (FEFU) Russia. Dr. Victoria Panova Vice-President for International Relations of the Far Eastern Federal University (FEFU), Russia was present during the virtual launch of the Center. An initiative of University Social Responsibility by UK India Business Council was also launched with the august presence of Ms. Tara Panjwani of the UK India Business Council.

For Strengthening Global Study Program through NAVITAS by launching AMITY NAVITAS Partnership to integrate Amity with its Global Consortium of University Partners. Few more initiatives like the establishment of Centre for Robotics, & Machine Learning; Strengthening Management Domain with Simulator Labs to facilitate Industry and International Collaborations in the area of Econometrics, Finance, HR, Marketing & Communications were also announced during the celebration.